What Do People Do With Their Lottery Winnings? 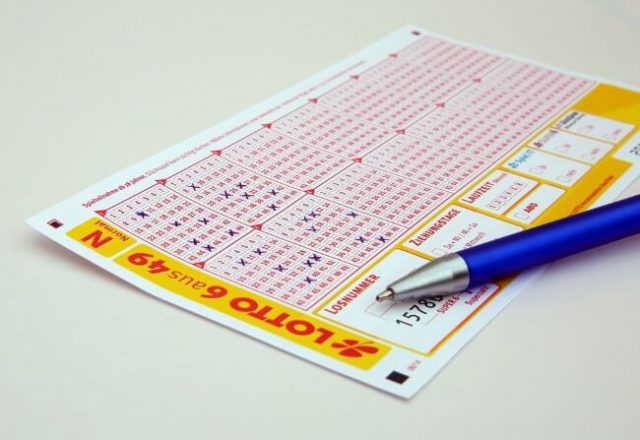 We’ve all done it. Daydreamed — or even had real dreams — about winning the lottery. Anywhere from a $1 million provincial 649 win to a massive, all-Canadian 6/49 win — it doesn’t matter that much. The fun of considering a tax-free infusion of cash is too much for anyone to ignore.

Does winning the lottery REALLY change the winner’s life for the better? Studies and anecdotal accounts of lottery winners give an answer. Maybe. Winning the lottery doesn’t, by any means, assure happiness. There are definitely people whose lives improved after achieving a significant lottery pay-out, but, at the same time, there are also winners who suffered because of their win.

The academic research confirms the mix. In 1978, the most definitive study to date was conducted by theJournal of Personality and Social Psychology. In this study, interviews with winners were compared with those of non-winners. A third group, involving people who had suffered an accident that left them quadriplegic or paraplegic, was also examined. The interview questions were aimed at measuring the happiness level of each group.

Results of the study showed that the overall happiness levels of lottery winners spiked when they won, as would be expected. However, their happiness level returned to pre-winning levels within a few months of the win, regardless of how they chose to spend (or save) their winnings. When compared to the interviews of non-winners, the results indicated that lottery winners were not significantly happier. The accident victims were not significantly less happy than the non-winners or even than the lottery winners.

After reviewing the interviews with people from all three populations, the study concluded that most people have a set level of happiness. Even after life-changing events, both positive and negative, people tend to return to the point from which they started.

Other studies expand on the effects that lottery wins have on the winners.

The Journal of Health Economics published the results of their 2006 study in which UK winners were tracked. The research indicated that lottery winners demonstrate "significantly better psychological health" and the general mental well-being of winners was improved by their win. A second UK study examined how winners spent their lottery winnings — some 44% had exhausted their lottery winnings after five years. In Florida, researchers tracked the fortunes of lottery wines and found that 1% go bankrupt every year — twice the average for the general population. It should be noted, however, that this study only reviewed the financial situations of winners who had won $150,000 or less.

How to Maximize a Lottery Win

Dr. H. Roy Kaplan of the Florida Institute of Technology is best known for his lottery researched. Over the course of decades of research, he has concluded that the individuals who best adjust to big wins are open and extroverted. Yet paradoxically, they must become a bit more introverted to survive the inevitable calls from long-lost relatives, new friends, investment “advisors,” charities and even strangers who would like to help them share the luck.

Kaplan’s research showed that while lottery winners of the ’70s mostly quit their jobs, in recent years winners have tended to either keep their jobs or retrain for more satisfying employment that can push up their overall satisfaction level. Buying a new house has consistently been an important activity for almost all winners who generally look forward to being able to buy, or build, the house of their dreams.

Some Specific Strategies of Lottery Winners

Researchers also look at anecdotal stories of lottery winners to build a better profile of the healthiest way to deal with a lottery win.

One U.S. lottery winner, Mr. Bakely, kept his own phone number because he “liked to talk to people.” When interviewed, he stressed that he is polite when a stranger calls but deals with unsolicited callers by referring them to government and charitable organizations. Mr. Bakely would have liked to have continued working but the jealousy of his co-workers became too much for him to take and he quit. His natural conservative money-management strategies extend to his lottery wins and that strategy has served him well. For instance, Bakely has made loans, but expects the loans to be repaid, and has even lost friends when the borrowers were offended that they would be expected to repay the loans. Bakely lived out some long-time fantasies, buying an expensive new home and luxury sports car. He put his daughter into an exclusive private school. But he derives his greatest satisfaction for his volunteer activities in the local Kiwanis Club where he uses his leisure time to promote community service projects. Kaplan notes that this is probably what accounts for Bakely’s overall happiness — not the expensive bells and whistles.

Mrs. Adams actually won the lottery twice. She has been able to parlay her winnings into a quiet and simple life. Her husband initially quit his job but he then entered a retraining program and went back to work because he had been bored without a daily schedule. Ms. Adams, however, enjoys simply staying at home. In reunions with other lottery winners she’s discovered that most experience the same kinds of challenges that she herself has come across including endless requests for money and jealousy. Yet she attributes her happiness to the fact that the lottery win “didn’t change me.” It did, she note, change many people around her and she’s careful with her relationships today.

A third winner is Mrs. Grace who won $2.8 million dollars in 1986. She says that the family tried to maintain its previous style of living but she did take advantage of the opportunity to earn a Masters degree in Speech Pathology, a long-held dream, and now works full time (she is a speech pathologist at a day care center). The pay is low at the center but thanks to her savings, she can allow herself the luxury of engaging in the emotionally-satisfying work. Her husband decided to retire after the win and he enjoys his hobby of golf. One splurge involved their son, whom they were able to send to a pricy university.

The biggest challenge that this family has faced since the win has involved investments — bad investments forced the couple to learn how to invest conservatively and wisely. But overall, the satisfaction that they have over their quality of life outweighs any distress or inconveniences.

So if you play the lottery, keep dreaming, but prepare to keep your common sense on high alert.