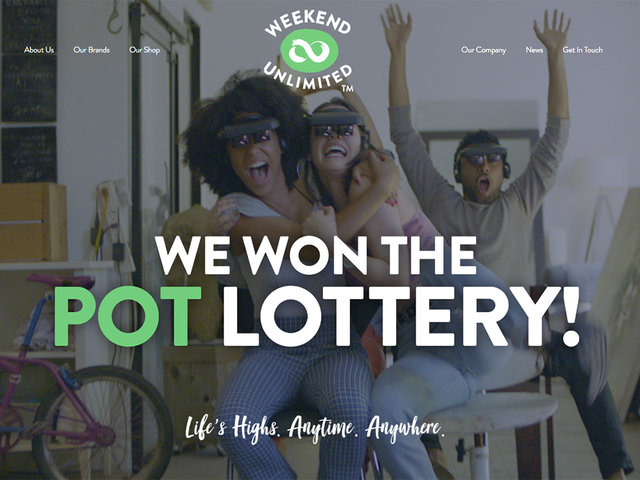 If this isn’t in industry-first for Canada, then we don’t know what is! Weekend Unlimited, the popular Vancouver-based developer of Cannabis-based wellness and recreational brands, has won the POT lottery and will in future be permitted to use the iconic POT symbol on their branded-products. The symbol is the ultimate in the Cannabis industry, and is automatically associated with wellness and natural health products.

The symbol was previously assigned to the Potash Group, but Potash has merged with Agrium Inc. and will be making use of NTR instead of POT. Once it became public news that POT was once more up for grabs, a major wave of interest flared up, with everyone even vaguely tied to the Cannabis industry, listed as well as unlisted, expressing interest in the symbol.

The news that Weekend Unlimited had won the draw was welcomed with open arms by the company. The group focuses on the general development of the Cannabis industry as a whole, but more specifically, the creation of lifestyle-enhancing products. According to Paul Chu, Weekend Unlimited’s Chief Executive Officer, POT is a perfect fit for the company’s corporate identity.

The group previously made use of YOLO (You Only Live Once) as its identifier on the Canadian Stock Exchanges. Interestingly enough, ever since the announcement was made that it has been selected as the successful recipient of the iconic trading symbol, the value of its shares skyrocketed by as much as 70%.

Who would have thought that a trade symbol would make such a notable difference? But apparently it does, and the company is absolutely elated at the potential that this holds for the future of its business and endeavors.

The Importance Of Brand Development

The Cannabis industry has been making waves on the world economic market for quite some time now, and a lot of focus has been on the many health benefits associated with naturally cultivated Cannabis products. Many companies have been jumping on the bandwagon, but not everyone develops products of a high quality.

In order to really be deemed a notch above the rest, everything from quality assurance to brand power needs to be in order, and we would be willing to bet on the fact that POT will do just that for Weekend Unlimited’s portfolio.