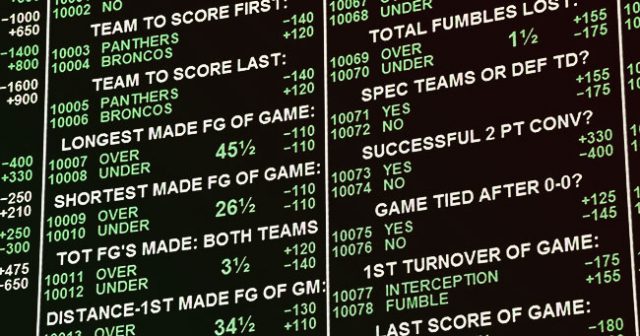 A bill aiming to repeal Virginia’s current online sports betting and lottery bans was reportedly pre-filed with the Virginia General Assembly (VGA). The bill was filed by Delegate Mark Sickles on November 20, 2018.

As it is pre-filed legislation, the proposal will be officially introduced early next year on January 9. The bill, dubbed HB 1638, would legalize both retail and online sports wagering in Virginia, and would also regulate the practice through the Virginia Lottery’s official channels.

It would also abolish the current prohibition of online lotto sales, as the state currently only offers online subscription services for its cash draw games. Furthermore, HB 1638 would create a number of new related organizations, including the Sports Betting Operations Fund, the Problem Gambling Treatment and Support Fund, and the Major Research Project Subfund.

Last but not least, it would also clarify and highlight the fact that daily fantasy sports are not an illicit form of gambling, nor do they fall under the umbrella term of ‘sports betting’.

If it were written into law, the bill would enable the Virginia Lottery to expand its current portfolio of online offerings. This expansion would range from everything from subscription services to an extensive new selection of virtual lotto products, but just how comprehensive the expansion is exactly would be left up to the state’s operator itself.

The VA organization has also been left with a handful of duties by the bill. They include determining the method that will be used to sell tickets and shares, including those sold over the Internet, and also the types of gambling options that will be offered and regulated.

When it comes to sports wagering, the bill has given the Virginia Lottery authorization to award as many as 5 three-year licenses to any entities that qualify for them. Since the state does not permit casino gaming yet, these businesses would most likely be out of USstate sportsbook suppliers.

There is also a strange twist housed within these developments; it’s not yet clear if land-based betting is to be offered in VA. The bill has only formally given permission for online services to be offered so far, defining a ‘wagering platform’ as a website or app that can be accessed through the internet and offers punters the chances to place bets on sports.

Later in its body, the legislature says that the Board is welcome to establish a program (that will be directed by its Director) through which the Department may offer a sports punting platform. No mention of retail locations were made here, either, leaving the state’s residents scratching their heads as to how to interpret the permissions granted.