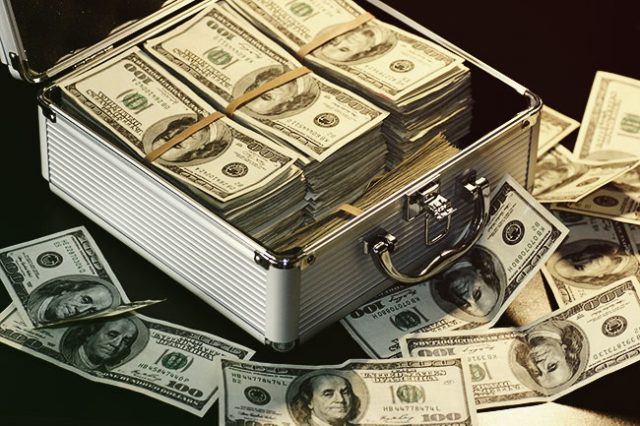 Lotto fever has struck the US as players scramble to get their hands on tickets – and the jackpot of a lifetime. The current Mega Millions jackpot pool is standing at an unbelievably tempting $1.6 billion.

Thousands of potential billionaires have been lining up at ticket retailers over the past week in a bid to see just how much Lady Luck is willing to favor them while they guess the winning six-number combination. All of these would-be one percenters are playing for a prize that seems to become even more astronomical every time a player fails to win it.

Mega Millions has now been officially dubbed the largest jackpot in American history. It overtook the previous record-holder, the Powerball, with its $1.586 billion jackpot on January 13, 2016, but it was clear after a few months that it was showing no signs of stopping there.

The sales figures also speak for themselves. A local Nebraskan paper reported that tickets sold at a rate of over 400 per minute last Friday. Over in California, the lotto Thursday sold 5.7 million tickets in the first half of the day alone! Mega Millions stubs can be bought in 44 states, Washington DC, and even the US Virgin Islands, which begins to help explain the latest jackpot’s monumental size.

No winners arose in Saturday’s $476.7 million Powerball draw either, kicking up the next jackpot for Wednesday to a massive $620 million, according to game officials. It certainly seems to many players as though these jackpots’ growth has exploded of late – and that’s because they have.

The reason behind these jackpots becoming so huge is mainly one of design. Officials began to adjust the odds back in 2015 to reduce the chances of winning a jackpot, which in turn boosted opportunities for grand jackpots to reach unbelievable levels. As the money soars to new highs, an increasing group of skeptics and first-time punters are also encouraged to get in on the chances of winning huge.

Powerball was the first to adopt this new formula when it changed its number of potential combinations in 2015. This change slashed the odds of winning from 175 million:1 to 292 million:1 – a significant difference. Mega Millions, which was established in 1996, followed suit in October last year, dropping its odds from 259 million:1 to 302 million:1. The lotto also doubled their entry price to $2, and has experienced three of its six largest ever payouts since.

As the jackpot pool grows, players also become much more likely to purchase a greater number of tickets. This happens every couple of days until one or more people strike the lucky winning combo. To increase your odds of winning, experts say that you could always buy tickets with each of the possible six-number combos. If that sounds a little steep, however, the best you can do is leave it up to fate!

Could YOU be the next BIG winner? Play Betway Casino!