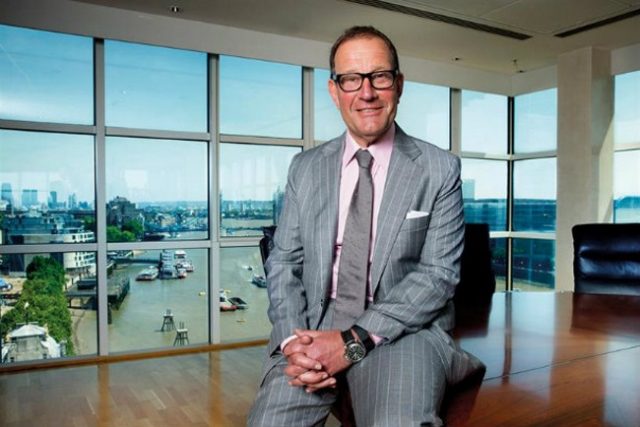 British millionaire Richard Desmond is royally rich for a reason. The 67 year-old is obviously not in the habit of waiting on the money to come to him. Despite the fact that the current licence for the British National Lottery only runs out in 2023, Desmond has already expressed his interest in lodging his bid. But with that having been said, the tender process does officially open next year (2020), and so Desmond’s expression of interest may very well be a matter of being ready and prepared.

Desmond is perhaps best known for his having owned popular British news publications Express and the Star, both of which was incidentally sold to new owners Trinity Mirror (now called “Reach”), last year. The selling price was said to have fetched a handsome £127 million.

Not His First Lottery

Lotteries are of course nothing new to the celebrated millionaire. He does, after all, own the Health Lottery. Desmond’s Northern and Shell company, firm in its belief that Britain’s National Lottery is in dire need of a re-invention, has commissioned a special bid writing team to come up with a worthy proposal with regards to the bid for the upcoming 4th licence of the UK National Lottery.

Said Desmond, the UK needs a fresh new Lottery, and Northern and Shell is just the company to give it what it needs. According to group MD Martin Ellice, the UK Lottery has become a bit drab and boring (implied: and perhaps just a bit too British) and desperately needs a fresh new outlook. Ellice was quick to add that what with the Lottery being a matter of national pride; it should be a British company to do the honours.

The length of the next licence has not yet been determined, but according to the UK Gambling Commission (UKGC), the duration could very well be as long as 15 years. The commission said that the duration of the licence would ultimately be determined by public interaction and market engagement on the matter.

Desmond’s keen interest in the bidding process doesn’t exactly come as a surprise. The British National Lottery is, after all, one of the most valuable and profitable branded franchises available to current enterprises, in the world. The current licence-holder, namely Camelot, managed to hold on to the current licence for all of 14 years, but many have called for no further extensions due to the operator supposedly having being plagued by all sorts of issues.

Are you a winner? Play the LOTTERY online and find out!