Tips for Winning the Canadian Lotto 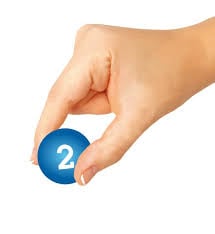 Lotto 6/49 has been operating in Canada for over 30 years, offering thousands of payouts every week that range from $50 to, for lucky jackpot winners, wins totaling millions of dollars. Players choose their own numbers in the Lotto 6/49 with the winning numbers are drawn every Wednesday and Saturday.

The price of a ticket is $3 per line and any player who matches two numbers is awarded a free ticket for the next draw. There’s a guaranteed $1 million raffle prize which is paid out during each draw. The minimum jackpot stands at $5 million.

All of these elements combine to offer Canadians a fun-filled Canadian lottery that they can enter by obtaining a ticket online or at a local vendor. Lotteries involve random number choices but there are patterns that make it worthwhile to read up on tips for winning the Canadian lotto before you start to play.

The most important tips for winning the Canadian lotto center around number selection. Lottery numbers are drawn randomly but patterns can be identified among these randomly-drawn numbers. Lottery advisors suggest that you pay attention to the probabilities. If you find a pattern that occurs frequently, you have a better chance of winning if you play that pattern.

Odd and Even Numbers

Lottery advisors suggest a 3/4 or 4/3 mix since one of these patterns is expected to occur in about 60% of the draws.

You can expect to see the winning numbers spread across the entire number field. The Canadian Lotto range is 1 – 49. Some successful players choose their numbers based on the understanding that, if the number field is cut in half, there will be a low half and a high half (so, for instance, in the Canada Lotto, numbers 1 – 25 are the low half and 26 – 49 are the high half). Picking high and low numbers should, similarly to the odds and evens split, be balanced. Again, the best mix is to have 3/4 or 4/3 (3 high numbers and 4 low numbers or the opposite). Approximately 56% of all drawings result in this type of pattern.

You can identify probable winning numbers by studying a list of past successes. It frequently occurs that one or more of the number groups are not represented. By tracking number groups you can zero in on the groups that you should ignore and those on which you should concentrate your efforts.

Choose your numbers and then add them together. The sum of your chosen numbers should add up to somewhere between 117 and 210. Over 70% of all Canada 6/49 lottery jackpots have been comprised of numbers that, when added up, fell within that range.

Interestingly enough, numbers which have not been picked for four games or less account for about half of the winning numbers in the next draw. Numbers which have not been picked (“out”) for ten games or less account for 80% of the winning numbers for the next draw. So, figure out which are the hot hand number picks. You should still add in one long shot in the group of six.

Simultaneously, cold numbers (numbers which haven’t been picked for ten draws or more) aren’t, necessarily, “due” to come up, so statistically there’s no use saying to yourself “X hasn’t been picked for a long time so that number is due to come up and that’s going to be one of my numbers.”

A significant percentage of lotto winners involve lottery pools. A lottery pool is made up of a group of people who pool their money and their number choices. While the tips for number choices remain identical to those regarding individual players, playing in a pool allows you a bigger budget, since all of the participants are splitting the cost of the tickets. In this way, you can buy more tickets and, although you’ll have to split the prize, you have a much better chance of winning payouts and even the jackpot.

Many people also believe that, when you form a lotto pool, your group also pools its aggregate luck. Your group might hit the jackpot based on the luck of one participant.

Regardless of whether you rely on luck or try some of the suggested tips for winning the Canadian lotto, you’ll have a chance to win big and small stakes when you play the Canadian 6/49 Lotto.