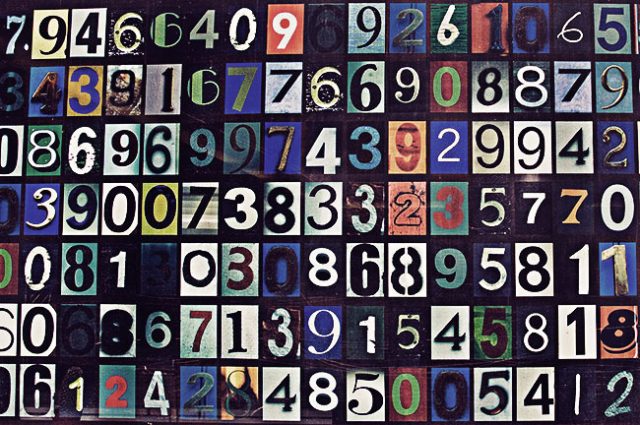 Just like any other popular casino game, lottery is very clearly a game of chance. However, according to science and years’ worth of statistics, it seems that some numbers are obviously luckier than others, coming up in draws far more often than their less lucky counterparts.

A brand new study focused on the winning balls drawn across fifteen lotteries across the globe over the past year. The data revealed instantly that the number 16 is rolled out the most often, although a few other digits also proved to be equally fortuitous.

Scientists at Jackpot.com assessed nearly 1,500 different lotto draws, ranging from those that took place on July 1, 2016, to ones from June 30, 2017. In their gambling statistics, they found that the number 16 was drawn no less than 191 times, with the number 22 in a close second place with 179 draws.

In joint third place are the digits 28 and 37, which were both drawn 167 times during the period in review. Lucky number 6 came in at fifth place with 166 draws, while 3 headed up the pack with 164 draws in total.

The Numbers You Should Avoid

In a further twist of fate for regular players, scientists also managed to trace the numbers that you may want to avoid when playing the international super draws. Apparently, the number 18 is drawn extremely rarely, having made only 4 appearances during the period in review.

Apparently, it also seems that the digits 40, 46, 41, 32 and 36 are rare visitors in global draws, each having appeared less than 8 times in total over the past year. Best stick to 16, 22, 28 and 37 if you want to statistically boost your chances of claiming the jackpot of your dreams!

Commenting on the findings, Jackpot.com CEO Yariv Ron noted that his organisation’s study of the past 12 months’ draws might not guarantee players a winning ticket this week. However, the findings might change the way players fill out their lotto tickets in the future, making it a sliver more likely that they could be the world’s next big multi-millionaire.

Want to be a MILLIONAIRE? Try your luck at poker!