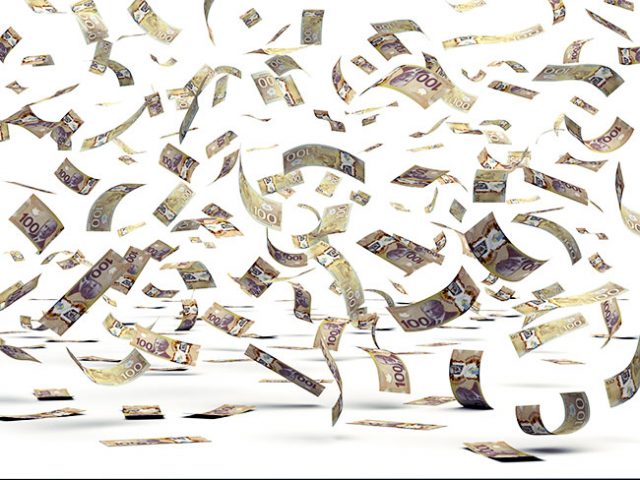 Unclaimed lottery prizes seem to be an especially common occurrence in Canada, with millions in prizes forsaken each year under mysterious circumstances. People lose their tickets, forget to have them validated, leave the country for a while… anything can happen. Regardless, it must be unimaginably devastating to learn that you missed out on a life-changing windfall.

However, the occurrence of unclaimed prizes can go both ways, too – sometimes they can be a positive thing, particularly when the winning ticket for a specific draw was not sold, leaving the prize to grow to an even greater value while masses of anticipation builds around who will eventually strike it lucky.

When a lotto prize remains unclaimed in Canada (that is, when a winning ticket for that particular draw was not purchased), its value will be retained for the next draw, and perhaps even added to, depending on the circumstances. An unclaimed prize can allow the jackpot pool to grow to many millions more than its original value, which of course would be fantastic news for anyone who eventually won the sensational prize.

Now, once again, officials have revealed that a mouth-watering win has been left without its winner this week in Toronto. While the jackpot on offer stood at an incredible $60 million on Friday night, nobody managed to score the lucky ticket that would bring them this fortune courtesy of the Lotto Max draw.

With that said, there were a few other prizes that did go home to their euphoric winners this past week. There were 42 Maxmillions prizes worth a whopping $1 million each available for local players to take home, and no less than 14 of them were won recently by a total of 18 ticket holders across Canada.

Next Draw Coming Up on October 19

The draw for the next huge Lotto Max jackpot on October 19 will remain at around $60 million in value, according to lotto officials. However, the number of smaller Maxmillions prizes on offer will increase to 53; and while it might not be quite as grand as taking home $60 million in cash, $1 million is still quite a hefty windfall for the average Canuck!

Remember: if you do get lucky and manage to land a winning ticket in a Canadian provincial or national lotto game, you have exactly one calendar year to come forward and claim your prize. Tickets can be validated at any retail outlet that sells such tickets, so be sure to remember to check your stubs regularly to ensure that Lady Luck is always on your side.