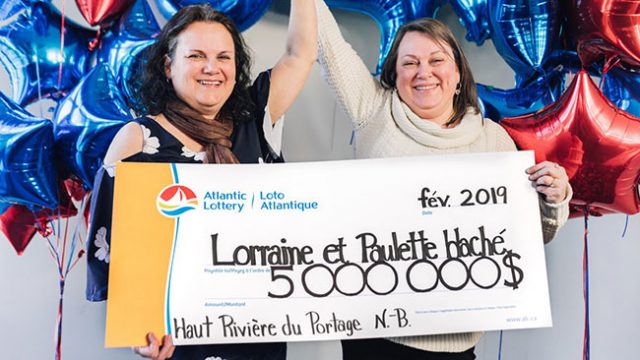 Throughout their entire lives, a pair of sisters in New Brunswick have shared almost everything they own. Now, to continue that streak, Paulette and Lorraine Hache will be sharing an incredible $5 million lottery prize after hitting the jackpot this month.

The sisters were born just a year apart from each other, and now live across the street from one another in Haut-Rivière-du-Portage, New Brunswick. They even ended up marrying husbands who happened to be cousins in an amazing stroke of coincidence and luck!

Nothing goes unshared between the Hache siblings, who have spent the past two years purchasing Lotto 6/49 tickets together as well. Most recently, it was Lorraine’s turn to buy a slip, and it wasn’t long before their unique lotto tradition ended up bringing unbelievable good fortune to the both of them.

A Grocery Trip Turns Out Lucky

After claiming their jackpot from Lotto 6/49’s regional offices, the two sisters have made it clear that they plan to split the winnings 50/50, just like they do with nearly everything else. Speaking to CTV Atlantic, Lorraine noted that she had heard that someone in Northumberland County had won the coveted jackpot, but she just couldn’t believe that it was her that could be so lucky.

According to Lorraine, she had never even dreamed that herself and Paulette would win big one day. So when she took a trip to the store earlier this month to do some grocery shopping, becoming a millionaire was understandably the last thing on her mind. However, she thought it would be worth checking her ticket at the lottery counter anyway.

A few minutes later, Lorraine was informed by the cashier that she had won $5 million. However, she admits to remaining very calm, popping the ticket back into her pocket and telling the cashier not to tell anyone about her win. Of course, it was quite a challenge for her to contain her excitement when she arrived back home, and she immediately started to honk her horn as she pulled up into her driveway. 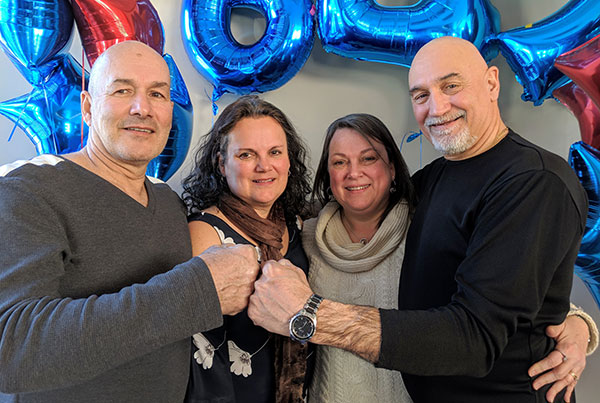 Disney World Vacation in the Works

Interestingly, Paulette didn’t share Lorraine’s initial excitement about the win. In fact, it took two phone calls to convince her that they had actually won huge before the news finally sank in. Speaking to media personnel, Paulette admitted that she didn’t believe her sister to begin with. In her words, they live across the street from one another, but it took her over 20 minutes to make her way down to her sibling’s home.

Despite the jackpot win, the Haches and their husbands are planning on living their lives much the same way as they did before. Much of the winnings will go towards paying off their debts, and Paulette’s husband is reportedly planning to retire. Treats are in the works too, however; the sisters and their husbands are planning an exciting trip to Walt Disney World to celebrate the news.