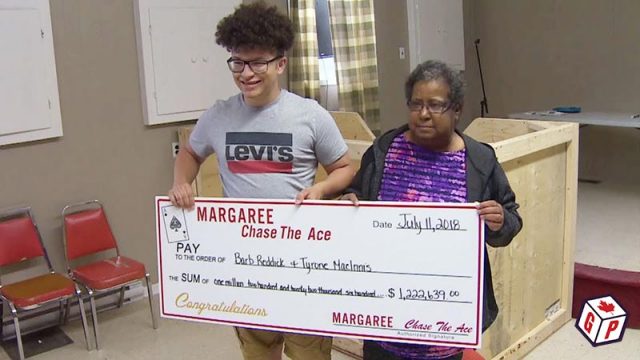 A local Canadian woman has stirred controversy this month by taking her nephew to court over an impressive $1.2 million lotto jackpot. Speaking about her nephew, Barbara Reddick publicly noted as the duo was presented with a large ceremonial cheque:

‘Tyrone is getting nothing from her’

Reddick, who hails from the Nova Scotian town of Guysborough, arrived for the cheque presentation ceremony earlier in July to find that her nephew, Tyrone MacInnis, was present too. The surprized aunt revealed that she sat the 19-year-old down in the car park and asked him to tell everyone what she claims is the truth – that she never pledged to split her jackpot with him.

MacInnis reportedly refused to do this, entering the ceremony alongside his aunt and pointing out that both of their names were on the winning ticket. Reddick’s response was to threaten to take him to court, shouting during the ceremony that it was her ticket, and that he was lying by saying that she had agreed to split the windfall.

Reddick has since claimed that she sent her nephew $100 through email transfer to purchase her some tickets for the Chase the Ace draw. This particular lotto game was a dedicated fundraiser for two Margaree-based volunteer fire departments. She also says that she told him to put his name next to hers on the tickets for luck – not because they had planned to split the jackpot should they prove lucky.

Explaining her side of the story, Reddick (a retired army mechanic) noted that Tyrone was always lucky in lotto draws, which is why she told him to put his name on the ticket to be her good luck charm. According to the winner, she never mentioned the sharing of any money, and when it was announced to her that she and her nephew had won, she denied his involvement immediately. 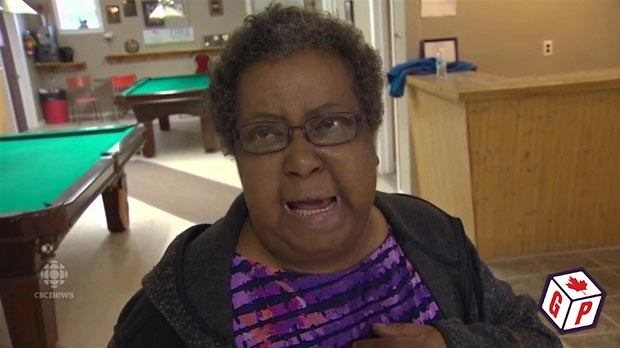 Lawsuit Could be on the Cards

Apparently, Reddick also asked her nephew how much he was expecting from her. She described him as being like a son to her, adding that she would have given him $150,000 because he was like ‘the son [she] never had’. However, MacInnis expected nothing less than half; a cool $600,000.

Now, Reddick has firmly stated that her nephew is getting nothing from her on principle. She added that he broke her heart, as they were extremely close and she didn’t expect him to be driven crazy by the prospect of money. The winner, upon being presented with a cheque for half of the jackpot, immediately began to yell about getting a lawyer and suing MacInnis for the rest.

She also heatedly accused MacInnis’ father, her brother, of wanting the winnings for a new truck. Mr MacInnis was escorted out of the ceremony for shouting to media personnel to keep his son’s name out of their reports, while Reddick pledged to never speak to either her brother or her nephew again.

Play on Leo Vegas Casino and stand a chance to win BIG!