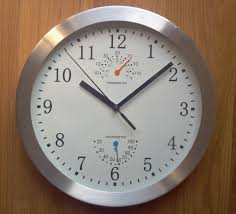 In January of this year the Supreme Court of Canada notified a Quebec man that the court would not agree to hear his appeal against the Canadian 6/49 Lottery. The case involved the 2008 purchase of a lottery ticket that displayed the week’s winning numbers. The ticket had been disqualified because it was printed seven seconds after the cut-off time.

Joel Ifergan, the ticket’s owner, battled for seven years against the Canada Jackpot. In May of 2008 Ifergan visited a local convenience store just before 9:00pm and bought tickets for that night’s ‘Lotto Super 7’ draw. According to the court summary, by 9:00 only one of Ifergan’s two tickets had been registered. The second ticket, which displayed the winning numbers, was printed and registered on the Loto-Quebec computer at seven seconds after 9:00pm, making it eligible for the following week’s draw.

The clerk told Mr Ifergan that only one ticket had been registered in time. Mr. Ifergan decided to pay for both, but discovered that he could not collect the Canada Jackpot due to the delay in the ticket’s registration. At this point, Ifergan sued the Canada Jackpot, Loto-Quebec, for the processing lag. .

The case has been winding its way through the court system for 7 years. Ifergan’s attorneys claim that Ifergan is entitled to half of the $27 million prize, which had been awarded to the co-winner in the May 23rd 2008 draw. They reasoned that, since Ifergan had purchased his tickets ahead of the deadline, he should have won, regardless of the time that it took for the Loto to process them. The case rests on the 10-second processing delay that, Loto Canada says, makes his ticket ineligible to collect any share of the jackpot.

Ifergan then took the case to the Canada Supreme Court which has now declined to hear the case.

Ifergan’s case rests on what he says is Loto-Quebec’s slow processing system which, he feels, puts Quebecers at a disadvantage when compared to the rest of Canada. He notes that Loto-Quebec never argued the fact that the request for the two tickets was in their system at 8:59.47, yet due to the processing lag, was not printed until 7 minutes after 9:00p.m.

Loto Quebec is satisfied with the outcome of the case. A Quebec Canada Jackpot spokesman said “the (original) judgement was clear and convincing that Loto-Quebec procedures were altogether reliable and integrated and were the right ones.” No protocol changes will be expected for future draws.

This entire episode is quite unfortunate. Ifergan is not to blame because the circumstances of his ticket purchase are unclear under the Super 7 rules – obviously, no one could have anticipated that there would be a lag between a ticket purchase and a potential $27 million dollar win.

However, it’s time to move on, and in doing so, it’s a good idea to review the Super 7 game and its rules.

When you buy a Lotto Super 7 ticket you need to mark 7 numbers from 1 – 47 on your selection slip on up to five boards (each play costs $2). Alternately, you can ask for a Quick Pick and the lottery terminal will randomly select your numbers. For each board you play, the lottery terminal generates two free random sets of numbers.

Seven regular numbers and one Bonus number are drawn. Your chosen numbers are then matched to the win numbers. Some of the main points of this lottery are:

45% of Lotto Super 7 draw sales are dedicated to the Prize Fund. The total amount of $10 and Free Play prizes are paid from the Prize Fund and the balance of the fund (Pools Fund) is allocated between the 5/7, 6/7, 6/7 + Bonus and 7/7 prize categories.

As of January 2006, the following Prize Structure is in effect for the Super 7 draw:

Winning sets of numbers entitle the winner to a prize in one category.