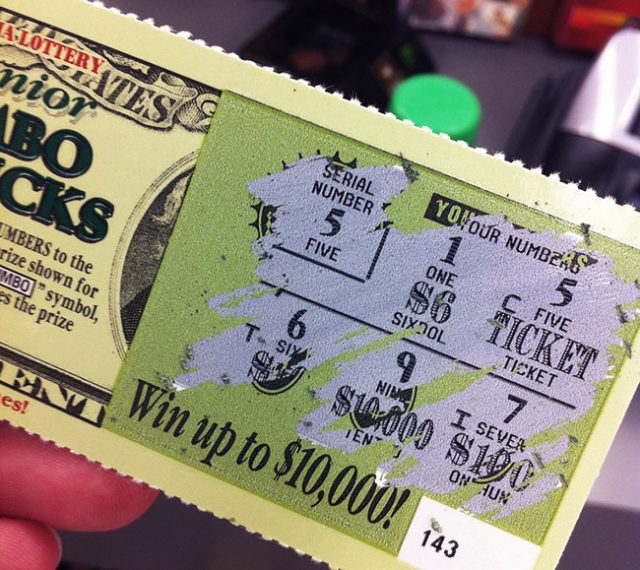 A man from North Carolina recently headed towards what could in all fairness be referred to as the best cup of coffee in the world. And no, it has nothing to do with where the beans came from. In fact, this particular cup of Joe was merely a means to an end. Thanks to his every-morning cup, Dwight Copp of Statesville is officially a rich man; $750,000 richer than before his early-morning caffeine boost. Now that’s some powerful coffee right there!

Copp tells the story of how every morning he follows the same routine. Every day starts exactly the same, with him heading on over to the Home Run Market store on Old Mountain Road for the first coffee of the day. As is his liking, he has his coffee and spends some time chattering away with friends. Every once in a while, he enjoys scratching away at the old scratch-and-win Lottery ticket.

On the day in question, Copp could not have been in too much of a hurry to see what his ticket for the day would bring. He recalls only having scratched at the $10 Jumbo Bucks ticket when he was already out the door.

Going Outside To Get Lucky

According to our man, winning is part of who he is, and it’s been very seldom that he hasn’t at least won back the money spent on a ticket. But, he says, there appears to be a secret to it all; winning seems to be in some way connected to the ticket having been scratched outside, and not in-doors.

Also, he is not without his fair share of superstitious mannerisms. Any coin destined to scratch away at the film of his ticket must present itself to the task headfirst. If a coin happens to be lying around somewhere and it turns out that its tail-side is facing upwards, that coin will not be suitable for use on a ticket. He will then look for another coin instead.

And so Copp finally found a penny in his car that fit the bill. He recalls how just as soon as he had gotten started on his ticket he noticed that two numbers 17 were becoming visible. Copp considered this to be good omen as it meant that he would at least be making his ticket-spend back. But, says our winner, it wasn’t until the bonus prize turned out to be a match that what was about to happen started to slowly sink in.

After taxes, Copp’s paycheck came to a fantastic $530,628. And just how is he planning on spending his sudden riches? A brand new Dodge pick-up truck and perhaps a new deck for his house. All very modest for a man who beat incredible odds – 1 in 960,000, to be exact.

Discover the thrill of online gaming.
Play your way to a BIG WIN today!