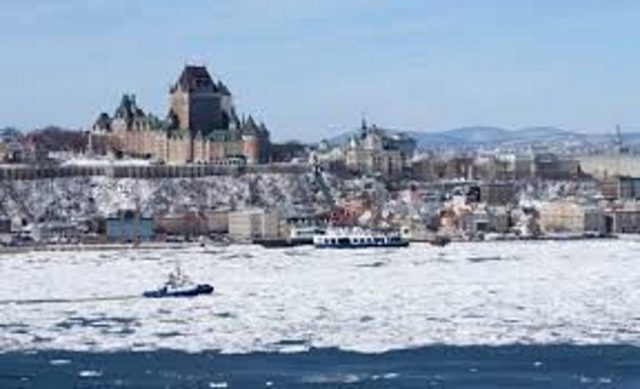 In an effort to direct online gamers to the Loto Quebec site, the Quebec government introduced legislation last March. If passed the new law would obligate Internet service providers to block access to unlicensed online gambling sites. Espacejeux, the Loto-Quebec run online gambling site, has evidently not met its targeted revenue for online gaming. In response, the provincial government of Premier Phillippe Couillard (Liberals) introduced an omnibus bill that would empower Loto-Quebec to draw up a list of illegal online gambling websites that internet providers would be required to block.

According to the bill an internet service provider may not give access to an online gambling site whose operation is not authorized under Quebec’s law.

The Internet Service providers in Quebec strenuously object to this bill, noting that small providers will be driven out of business by this onerous burden. Larger providers may also prefer not to do business in Quebec, rather than agree to undertake the kind of work that such a law would entail.

However, beyond that question, many legal observers are questioning whether Quebec can legally create its own state-run online gambling monopoly by outlawing online gambling operators. They point out that such an effort will certainly end up in court where Canadian federal telecommunications laws will be tested.

In recent years, a number of these corporations have begun to offer their lottery and other casino activities online. The online activities are subject to the same rules and regulations as those of their other lottery and casino products. This includes the stipulation that participants must be physically present in the province in order to participate in the provincial lottery’s activities.

Freemarket online gambling sites, on the other hand, are not subject to these laws. They operate freely throughout Canada (and the world). They are regulated by international gambling regulation agencies which monitor their games, paytables, random number generators and aspects of their ebanking transactions. Canadian law has never tried to ban their presence. Until now.

Privacy watchdogs, political activists and consumer rights advocates object to Quebec’s proposed plan to ban online gambling sites. They say that the proposal flies in the face of the CRTC™ Telecommunications Act which clearly states that service providers cannot interfere with the content or influence the meaning or purpose of telecommunications carried by it for the public. Commentator Michael Geist, a law professor at the University of Ottawa, has been one of the plan’s biggest critics. He says that Quebec™ plan to block access to gambling sites could easily expand to other areas. He has given examples of sites that could be blocked including copyright infringing websites or even ecommerce sites that violate Bill 101™ language law that mandate the amount of French contained in a publication.

The Quebec government doesn’t want to get involved in the debate over government interference in telecommunications. They are looking for ways to clothe the debate in a way that examines gambling’s risks to public health. Quebec’s Finance Minister Carlos Leitao is leading the campaign for passage of the law. He wants the act to be placed under the Health jurisdiction since every Canadian province has full jurisdiction over its own health codes.

Leitao was quoted as saying there are things we can do on our side because we can tackle these questions from a public health perspective, which is in our jurisdiction.

It may be difficult for Leitao to continue with his argument after the Quebec Working Group on Online Gambling turned in their report. They reported that compulsive gambling afflicts a relatively small 0.4% of the population, noting that “on online gambling sites, on average, Quebec adults play not very often, not very long, and don™ spend much.

The Working Group suggested that Quebec allow the online gambling sites to continue and to even offer them to the public via a government portal. They also suggested that Quebec create a licensing system that would regulate the activities of online gambling operators. None of these suggestions seems to change the government’s intentions and the mandate to block unregulated Internet gambling websites. A Finance Minister who presented at the Lyne Hall, responding to reporter’s questions about the proposals of the Working Group, wrote we will follow-up on the measures announced in the budget.

It should be noted that the government estimates that, by shutting down the online gambling sites, an additional $13.5 million in 2016-2017 revenues, and an additional $27 million in subsequent years revenues, will be brought in to its approved gambling portal, Espacejeux.

Even though the government’s proposed bill is couched in terms of “public health,” if passed and implemented it will certainly bring the province into conflict with the Canadian Telecommunications Act and will have to be settled in Federal Court on both free speech and jurisdictional grounds. Free Speech advocates will argue that the law places open Internet in Canada in danger because it places undue restrictions on Internet providers who will have to limit the content that Canadians can access.

Stay tuned. Things are just beginning to get interesting.