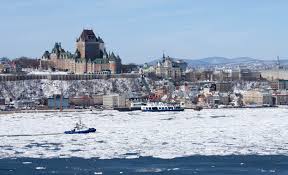 An international free internet advocacy group is leading the protest against Loto-Quebec’s attempt to IP-block online casino operators. The group, headed by online rights watchdog Michael Geist, is getting ready to go to court to prevent the Quebec provincial government from adopting new legislation that will force internet service providers to IP-block “unauthorized” online gaming operators.

The proposal comes as part of the 2015-2016 budget plan, submitted in March. The regulation would change the Consumer Protection Act to revise gambling laws. The proposal included a request that would force Quebec’s Internet Service Providers to block traffic to online casinos that compete with the Espace site which is operated by the Loto-Quebec Lottery corporation.

Geist immediately announced that he, and groups that represent the ISPs, would take the issue of these “illegal website filtering measures” to court, if necessary. The Canadian branch of the Internet Society — an organization that monitors Internet free speech issues — sent a letter to the provincial government that warned of the consequences of the proposed legislation to the value of free speech.

The Internet Society describes its mission as that to “promote the open development, evolution, and use of the Internet for the benefit of all people throughout the world.” Canadian Internet Society chairmanTimothy Denton is leading the objection to the Quebec proposal, arguing that it is pure censorship because it blocks “access to otherwise legally available sites in the interests of enhancing one's gambling monopoly." Denton further characterized the Quebec plan as "expensiveâ€¦futile and it sets a bad precedentâ€¦. a direct attack on the freedom of movement of thoughtâ€¦probably violates the trade and commerce clause in the constitution."

The politicians who framed the plan anticipated such legal protests. They are trying to pre-empt any successful judicial challenge by framing the proposal asan issue relating to “public health” — i.e., as an attempt to cut down on problem gambling. The same officials have, however, admitted that, if the legislation passes, the Loto-Quebec Espace-jeux revenues would be expected to improve by $13.5m in the first year of IP-blocking and would increase to double that in years to come.

Denton believes that the Quebec plan could open up the possibility of blocking other legal activities or speech that challenge the province’s revenues or simply because someone doesn’t like what’s being posted. Denton said that Quebec residents must consider whether such legislation will be an effective way to counter a potentially harmful issue (in this case, problem gambling) without endangering other important values.

Spokesperson for Quebec's finance minister Carlos Leitao said that staff members who had crafted the legislation were aware of such concerns. Spokesman Nathalie Roberge commented that there's been "no development on this issue." He said that there was no timetable for implementation of the IP-blocking plan, although the budget proposal calls for the necessary legislation to be completed by March 31 2016, the end of the province's fiscal year.

Roberge did not discuss the controversy over the Quebec plan to issue online gambling licenses to specific operators. This plan is believed to be a favor to Amaya Gaming which has close relationships with many Quebec politicians as well as with Loto-Quebec. This new play was announced within a week of Amaya's purchase of PokerStars and Full Tilt, an online poker brand.

Despite the protests and Roberge’s statements, the provincial government does seem to be moving ahead with its plan to block the IP addresses of online casinos that compete with Loto Quebec’s activities. The finance ministry, which proposed the legislation, notes that the sites that they want to block are “unlicensed” sites. As of November 2015 Quebec Finance Minister Carlos Leitao formally submitted legislation on the implementation of the provincial budget which includes amendments that would order Internet service providers to block "unauthorized gambling sites." According to Leitao, a site would be considered "unauthorized" if it is not approved by Loto-Quebeq. IP servers who fail to comply will be subject to fines that could reach up to $200,000.

Questions are already being raised about whether the federal Telecommunications Act would permit this type of legislation in which ISP would block targeted websites. The legislation will almost certainly be challenged in court, if not by the Internet activists, than by the IP companies which would bear the brunt of the legislation’s cost.

One server’s spokesperson described the process of creating such a blockage. He said that it would be an expensive proposition to block specific addresses and websites for only Quebec users and would involve re-engineering each server’s network to, essentially, set up different servers for Quebec users. This would cost significant time and money. The technical challenges and costs of implementation might simply drive most of Quebec’s 70 small servers out of the province.

In addition, the server’s spokesperson noted, the whole process would be ineffective since there are ways that Canadian online casino gamers would be able to get around the government's planned blockage and access their preferred sites. One option would involve employing a VPN — a virtual private network which many Canadians already use to watch TV and video content that isn’t available in Canada. Alternately, players would be able to change their domain name system (DNS) to one provided by free DNS servers. Yet for Denton and others who are concerned with a free internet, the issue should focus on the principle of the Quebec government’s plan.

The present government seems prepared to pursue the process but the various elements involved make it unclear as to if, when and how the legislation could or would be put into practice.

SHARE
Facebook
Twitter
Previous article Inverness Nova Scotia and the Lottery Fundraiser that Went On and On
Next article Canadian Rules for Winnings, Taxes and Lottery Support for American Players
Related Articles