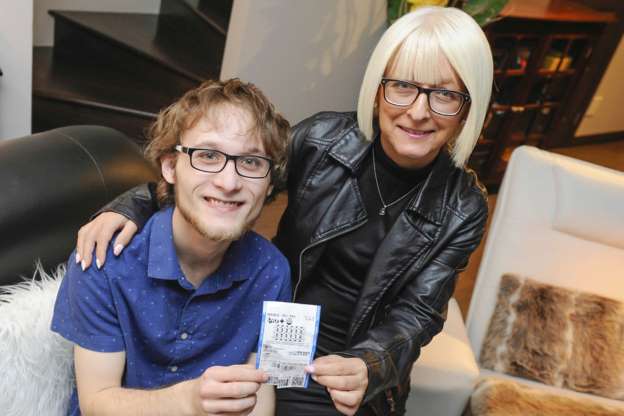 Success stories of people winning lottery jackpots are always welcome. They show just how diverse the player pool in Canada really is, and how many different types of people are willing to take the plunge in the hopes of landing a life-altering fortune.

Most recently, one of these success stories has made news headlines across the nation, particularly because of the touching backstory attached to it. Mona Gilbert, the winner of $1 million thanks to a recent Loto-Quebec Extra draw, has long been battling against breast cancer. Her huge win might be just what she needed to tilt the odds in her favour for good.

Loto-Quebec sent off 2018 with the help of one exceptionally lucrative Extra round, which ended up being extremely lucky for the instant millionaire. The December 28 draw, which was the last one for the year, saw one player instantly becoming eligible for the top million-dollar prize. Ms Gilbert, aged 47, is currently embroiled in a battle with cancer, and the windfall certainly has the potential to change her life… or perhaps even save it.

Lady Luck could have smiled down on any punter this time, but in this instance, she seems to have favored the player with the biggest need for the cash. This last year has been incredibly tough on Gilbert, who has had to balance her work life with her chemotherapy in order to try to ensure that better days eventually come around.

The player, who hails from Alma, Quebec, says that she decided to try her luck at the game just to see what would happen. The grand prize of $1 million also attracted her attention. Not long after the draw had begun, she realized that all of her numbers were actually the winning ones – although she does admit that she found it hard to believe at first. Once her initial shock wore off, her first thought was that she would finally no longer be plagued with financial worry over her treatment.

Plans for Spa Time & a Convertible

The grand prize was understandably unexpected for Gilbert, as it instantly guaranteed her financial security. She pointed out in an interview that the money ensures that she can now focus on her health, sharing a few more parts of her story with Radio-Canada. Gilbert says that she was first told about a single breast tumour, which later turned out to be three separate tumours. Eventually, her doctors discovered a total of five, prompting a mastectomy and ongoing rounds of chemo.

However, now that she has a million dollars to her name, the first thing she plans to do is dedicate some time to herself by enjoying some relaxing treatments at a spa. She also aims to upgrade her property, as well as buying a few special treats for her children to bring smiles to their faces, too. Furthermore, if all goes according to plan, she might even splash out on a convertible…