How to Play Keno at the Canadian Lottery 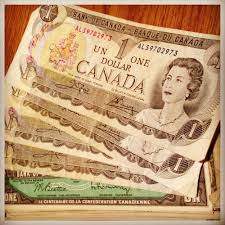 Keno is one of the most popular games at the Canadian lottery. All of the regional lottery corporations offer keno options which give local gamers the opportunity to play this fun-filled game as part of the lottery.

It’s easy to learn how to play Keno and once you learn, you’ll never forget.

When you play keno you’ll experience the exhilarating feeling of East meeting West as you compete in this ancient Chinese game challenge. Keno is a game of chance — winning is pure luck, with no skill needed. Wins are determined within seconds based on the numbers that are chosen.

Keno has been a widely-played game for thousands of years. Historians believe that it originated in ancient China and the Imperial government not only sanctioned its play but actually facilitated the games and then used the revenues to fun public projects such as the construction of the Great Wall of China. When Marco Polo arrived in China in the 1300s he documented the popularity of keno-gaming throughout the country. At times districts would compete through a combined sponsorship of a district “team. The results of such keno competitions would be carried to outlying hamlets and villages by carrier pigeon.

In the original version of Chinese Keno sheets were used, displaying Chinese characters. Chinese migrants who immigrated to the American and Canadian West in the 1800s brought keno play with them and a Chinese laborers built the railroads they played it among themselves. Keno’s popularity spread among the general public and the game was adopted by settlers, ranchers, farmers and other residents of America and Canada’s western states and provinces.

While gambling was illegal in Canada players gambled on keno numbers in underground salons and speakeasies. When lotteries were legalized in the 20th century keno came out into the open. The Canadian national lottery featured keno as one of its original game options and it has been a lottery mainstay ever since.

Keno is an easy game that provides gamers with instant win results. The simple rules combine with fast-paced action, resulting in an enjoyable lottery option. There are big payouts associated with this deceptively simple game. There’s no need to become embroiled in a long, drawn-out lottery episode. Just pick your numbers and hit play

To play keno, start by selecting the number of Keno cards that you want to play and the amount to wager on each draw. You don’t want to expand the game too quickly but prepare — when you’re ready to expand you can do so quickly. It’s a good idea to increase your maximum number of games and wager amounts so that you can achieve bigger earnings on more wins.

Next, check your keno card . You’ll see numbers 1-80. Fill out your card by checking the numbers that you wish to play. If you are in a keno competition with a high play rate (generally the freemarket casinos) you’ll be able to cross off somewhere between 1 and 20 numbers. Now you can place one deposit on each “spot.”

Click “spin” to spin the ball. The landing spots denote the winning numbers. The game will randomly indicate 20 balls (out of 80 possibilities) so for every one of your numbers that matches one of the game's numbers is a â€˜hit." Hits indicate payouts. The more hits that you achieve, the more payouts you’ll collect.

Different lottery sites allow varying paytable wagers. While some lotteries allow you to deposit on up to 20 numbers, others limit your deposits to up to ten numbers. You can usually find the highest paytable wager options at the freemarket casinos.

Keno payout values are determined by the amount of numbers that you played and the number of hits that you achieved. The casino then multiplies those number by your original wager’s proportion to the “base rate” of the paytable. Don’t forget that the numbers that you choose combine with the percentage of hits so choose more numbers to reach the biggest possible payouts.

Returns on Keno gambling range from 65% to 80%. Studies have shown that government-sponsored keno sites keep the house edge at anywhere from 20% to 74% while freemarket casinos have an approximately 4% – 5% house edge. Casino advisors point out that the government sites don’t give their players a very good return on their money. Keno is simply not a good game to play at a land-based casino venue.

Casino advisors suggest that keno enthusiasts play Keno at the freemarket casinos where the payout rate is higher and the house edge is lower.

In addition, they suggest wagering on numbers that have not come up in the recent past since such numbers often show more success in coming up in the future.

There seems to be a higher rate of success when wagering on numbers that occur in a consecutive fashion (for instance, 3 and 4, or 26 and 27) and numbers that the gamer plays consistently (i.e. playing the number 9 over and over again) as opposed to playing numbers randomly.

The numbers that come up are a matter of luck. However, since every ball has a 1 in 80 chance of being selected, the more numbers that a gamer plays, the more “hits” are possible.

If you’re looking for a luck-based game with a lot of excitement, check out your keno options.