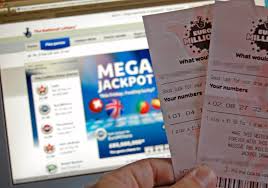 The third Albertan to win the $50-million lottery in just over three years collected on his win this week. Raymond Scott, of Fort Kent Alberta, a hamlet of 220 people about 200 miles northeast of Edmonton, is Canada’s newest $50 million LOTTO MAX winner. Scott purchased the Lotto Max tickets for the August 7th draw.

When Scott first told his wife that he was a winner, she didn’t believe him. Scott doesn’t blame her — he admits that he’s always joked about winning the lottery. So this time, when Scott, who was in an Ardmore Mini Mart for some home purchases with his wife, scanned the ticket and then told his wife that they were winners, she was dubious.

In a press release from the Western Canada Lottery Corporation, Scott described the minute that he realized that he had hit the jackpot. “My wife was in a different part of the store when I scanned my ticket. I found her and told her that we won. She just looked at me and said, ‘Yeah, OK – whatever.”

Sheena Scott had her reasons to be doubtful. Raymond used to tease her, telling her that they’d won the lottery, even when the win was only $2. This time, when he showed her the ticket, Sheena allowed herself to start dreaming.

Raymond and Sheena were, maybe more than many other lotto dreamers, due for some good luck. Raymond was recovering from cancer surgery and both he and Sheena had never had much in the way of luxuries.

The couple, who describe themselves as “working poor, have struggled all of their lives. Scott’s first job was working at a local gas station. In 1995, after he graduated from high school, his parents bought the station and he lived at home and continued to work at the station. His father died in 1998 and most of his siblings moved away, leaving him to run the station with his mother. There was never a lot of extra money but the mother and son made do. After the station was sold Raymond started to manage a trucking company. The time that he spent on the road forced him to lose contact with family members — something that he has always regretted. “Driving trucks I was always gone. Busy. I’ve kind of lost touch with my side of the family.” He’s excited that his new lottery earnings will allow him the leisure to reconnect with family.

Sheena and Scott married last summer but they didn’t have the time or money to take a honeymoon. Now, a honeymoon is the first item on their wish list which also includes more vacations, college study, travel to Toronto to take in some Blue Jay games and helping out family members financially. Scott is also planning on investing and wants to meet some investors who can help him manage his millions.

Scott plans to keep his trucking job for a little while, but the couple would also like to fulfill a dream of Raymond’s and buy some farmland that had once been held by Sheena’s grandfather to “get it back in the family.”

Raymond attributes his win to his loyalty to the M & M Mini Mart in Ardmore, Alberta, the couple’s traditional shopping venue. Raymond said that he often bought tickets from other lottery retailers but never won anything. However, his Mini Market tickets generally netted him something, even if it was only enough to cover the cost of the ticket. When he purchased his latest ticket, he was hoping to win “something” but never imagined that it would be $50 million. As the retailer that sold the winning ticket, the M & M Mini Mart in Ardmore will also receive a percentage of the prize.

Other Alberta winners over the past year include Andrea and Bill Groner of Edmonton who won last summer and Randall Rush of St. Albert who won the Lotto in February.

While the Scotts were collecting their $50 million prize, another Alberta native, Sheila Cleasby, was also claiming a significant lottery prize. Cleasby bought her Lotto 6/49 ticket at the Lansdowne Petro Canada in Edmonton last May. She checked the ticket while she was still in the store and saw the screen which revealed her million dollar win.

Cleasby kept the win a secret until she could tell her husband, who was out of town when she won. When she went to pick him up at the airport, she shared the good news but her husband couldn’t help being doubtful. “He kept looking at me asking, ‘Is this a joke? I would say ‘No!’ and he would just look at me andsay, ‘If this is a joke, it isn’t funny.” Slowly, she also shared the news with other family members, relishing seeing each person’s face when they heard the news.

Regarding plans for the money, the first order of business is to pay some bills. Then, the couple will decide whether they wantto move or keep the house and renovate. A vacation is also one of the first items on their “to do” list.