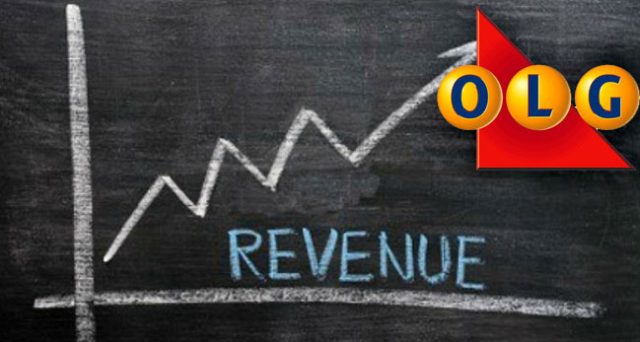 The Ontario Lottery and Gaming Corporation (OLG) have contributed a whopping $2.8 billion to local coffers over the past twelve months. The bulk of these impressive earnings have reportedly stemmed from casino game and slots offerings, according to recent reports.

As noted by new figures released last Thursday, OLG’s net profits for the province came to $2.49 billion in the 2017/18 financial year. This represents an increase of more than 5% over the previous corresponding period.

Slots, casino gambling, and iGaming all displayed higher profit rates this past year, while the earnings from lottery sale tickets actually dropped slightly in comparison. The majority of the gambling take came from OLG’s 25 casino facilities across Ontario, whose profits hit a record $1.8 billion – up 7.6% from the 2016/17 fiscal year.

Taking a closer look at the numbers, Ontario’s gambling facilities enjoyed almost 38 million visits last year, with the average guest spending $101 per session, according to the report. In a process that the Liberal government pioneered, OLG is now turning over the operation of its slot machines and casinos to the private local sector.

The agency projects taken on by the province in the future will grow by building new casinos, and also by expanding on existing properties. However, it had to lower its profit expectations considerably when its reforms failed to earn extra revenues as quickly as was originally anticipated.

The annual report states that gaming is changing – not only in the Canadian province, but around the world as well. It elaborated that convenience and choice are growing daily, and highlighted the fact that OLG needs to keep up with this evolution and predict where the market is going in order to continue to hit new revenue records.

As mentioned above, lottery proceeds came to $1.07 billion last year, falling 1% from the year before that. While the OLG enjoyed higher earnings from scratch card sales, it also experienced lower takings from the sale of lottery games like Lotto Max, which also brought down the province’s overall annual profits.

The report mentioned that the lottery business is currently facing two clear risk areas. These are ageing technology that hinders player experience and restricts ticket sales, and a reliance on an age-old core player base that is quickly diminishing with time. When OLG’s lotto profits fell in 2016, officials were quick to point to Millennials’ lack of interest in playing the games in question.

PlayOLG, the company’s online platform, earned $37.6 million for the province, up 37% over the previous year. With that said, this is just a fraction of the overall amount earned by casinos and slot machine parlors throughout the most recent financial year.