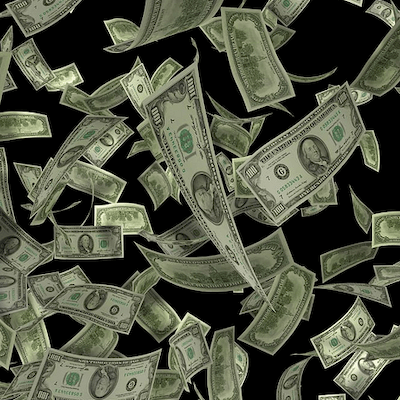 When the British Columbia Lottery Corporation (BCLC) makes an announcement, Canada sits up and pays attention. That’s because the company is generally announcing who the latest lottery millionaire is. In this case it happens to be Michael Redmile of Quesnel, who is about to have a major cash injection straight into his bank account. A guaranteed CA$1 million, to be precise, which is more than enough to put a smile on anyone’s face.

It was via Lotto 6/49 that Redmile managed to strike it big. The win may have come as a surprise to him, but it certainly seems like he already knows what he’s going to do with the money. He declared that he will be spending most of it on his family, while also giving a portion back to his local community.

So another instant millionaire has been declared, and certainly not the last. In 2021 the BCLC handed out over CA$99 million to Canadians. This means that there is plenty more to go around over the course of 2022.

Giving Back To The Community

Redmile headed to the BCLC offices to confirm the win. While going through the legal process, he shared a few more thoughts about his enormous lucky break. He explained that the ticket had been bought at Frank’s Grocery Store, though at the time of making the purchase he had never dreamed that he might be a winner.

He went on to say that upon seeing the winning numbers he had been in disbelief. But upon confirming that the numbers were correct, he had quickly phoned his father to share the big news. Redmile laughingly recalled that his father had also not believed that the ticket was a winner.

But now that everything has been confirmed, it seems that the new millionaire really is determined to give some of the cash back to his local community.

Lotto 6/49 is a weekly draw, which means that new winners are being declared all the time. It wasn’t long ago that a Surrey couple, Arthur and Margaret Lyon, also managed to strike it big. The pair walked away with a million of their own in November, last year. Then, in January 2022, Susan Dyson also bagged a cool million.

Sometimes the payout can be even bigger. A whole lot bigger. One Quebec resident, and one Ontario resident, are confirmed to be sharing a win that almost defies belief. The BCLC confirmed that a massive CA$14.2 million is being shared between the pair, which is the sort of cash that really will change a life forever. Their names haven’t been revealed yet, but will be soon. Right after the CA$7.1 million is in their bank accounts.