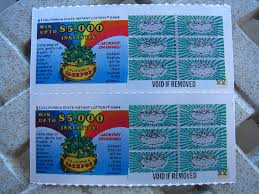 It’s always exciting to read about the new winners in the Canadian lottery. There are so many different types of lottery options that it’s a morale booster to learn about the way that people’s lives are changed by even a small win.

In British Columbia a 33-year-old dental hygienist was the biggest winner in June, becoming B.C.'s latest multi-millionaire. Lisa-Marie Draganiuk shared her prize with four other winners in the June 5th B.C. Lotto Max draw. Lisa-Marie won an astounding $12.5 million dollars and, in an interview granted shortly after notification of her win, she said that she knew right away how she wanted to spend some of her money.

Draganiuk described the day of her win. "The first thing that we did wasâ€¦ go and pick up my mom with a huge bouquet of flowers and tell her that after 34 years of working at the same job, that she no longer has to work another day in her life."

Draganiuk described her mother as "an independent little thing" who hasn't decided whether she'll take her daughter up on the offer. Draganiuk, however, plans to make every effort to make her mother’s life easier in the coming years. Using the money for the benefit of others is going to be a priority for her.

Lisa-Marie and her husband Merle received an oversized cheque at the B.C. Lottery Corporation headquarters as they celebrated with lottery officials. Both Lisa-Marie and Merle said they're still in a state of utter disbelief.

Lisa-Marie described how she happened to buy the winning ticket. She said that she actually had a “gut feeling” about her purchase but she didn't bother to check the winning numbers until several days after the draw when she was at a local grocery store.

Lisa-Marie inserted her ticket numbers into a self-checking machine and, as though in a cloud, saw the number 12, a comma, and the number five. She originally thought that she’d won thousands of dollars, and it wasn’t until later that she realized that she was actually one of four winners who would be splitting the 60 million dollar prize. She was so excited she had to sit down but she quickly called her husband to tell him the good news.

"I was delirious at that point," Draganiuk said as she tried to describe her excitement.

Merle picked up the tale. He said that he was excited to learn about their “$12,500 win.” Then he ended the conversation because he had to rush in order to pick up his father up from the airport. When he returned home, Lisa-Marie shared the even more exciting news with him, telling him that they had actually won $12.5 million dollars.

Merle said "she had written me an amazing one-page letter about our love and our relationship and our family. It was unbelievable. And we're overjoyed and so grateful and humbled and feeling amazingly blessed."

Lisa-Marie and her husband have agreed that their newfound fortune won't change their family. They are committed to the same values as ever including work and family relationships. Lisa-Marie said that, after they found out about the win, she immediately told Merle that "I'm so lucky to have him as my partner and my best friend and I just wanted him to know that we were going in this together."

The Draganiuks have one child and are expecting a second. Thanks to their lottery win they’ll be able to consider purchasing some real estate which will be suitable for their growing family. Other than that, however, they don't have any firm plans for their winnings. "We're just going to play it day-by-day," Lisa-Marie said.

In other news of lottery winners, a Canadian mother-of-two who bought a winning lottery ticket worth $50 million and then lost it has been tracked down by Ontario lottery officials.

Kathryn Jones, the 55-year-old married engineer who had purchased the ticket, forgot that she had bought the ticket and, therefore, never checked to see whether she had won. She purchased the ticket last year from a Shoppers Drug Mart in Cambridge, Ontario but subsequently forgot about it. Jones was stunned when officials from the Ontario Lottery and Gaming Corporation arrived at her house in Hamilton. When they told Jones that she had the jackpot she didn’t believe them. ‘We weren’t sure we wanted to let them in the house,’ Jones said in an interview, before accepting the prize. “Then they showed us their ID, so they came in and sat down and started asking a number of questions.” Kathryn Jones and her husband Richard both work as engineers. They have two adult children.

Tracking Jones down was a feat of investigative detective work. OLG President and CEO Rod Phillips explained that officials launched an investigation after the massive jackpot lay unclaimed last year. To find Jones, officials from the Ontario Lottery and Gaming Corporation first needed to determine when and where the ticket had been bought. They were able to identify Jones through surveillance footage of the Shoppers Drug Mart in Cambridge at the time that the ticket had been purchased. Then they verified the purchase via Jones’ credit card records, copies of which were provided to investigators. The investigation became a bit complicated when OLG found out that Jones’ sister owns the shop that sells lottery tickets. That information sparked a review by the Alcohol and Gaming Commission of Ontario but, in the end, it was determined that Jones was entitled to the prize.

Jones said that it was fortunate that she used her card to buy the ticket, as she usually pays cash when she plays. OLG CEO Rod Phillips said “The case of this outstanding $50-million Lotto Max jackpot is one of the most unique in OLG's history. I am pleased that we are one step closer to awarding this multi-million dollar prize.”

The news that she had become a millionaire is still sinking in, Jones said. Referring to the detective work of the OLG, she noted that “‘There was no reason they needed to do this, but they did, and I’m very appreciative.” At her press conference Jones elaborated. “As you can imagine this has been a very weird and wonderful journey. I feel almost as though I have been struck by lightning twice because first to win is pretty incredible, but then to lose a ticket and then to have OLG find me and take the initiative to actually contact me is also pretty incredible.”

The Jones’ have not yet decided how they will spend the money.