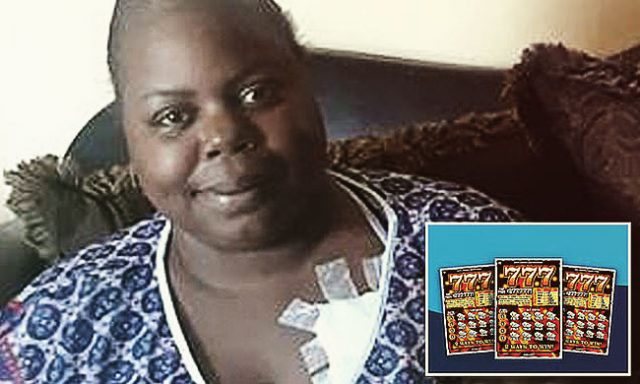 There has been plenty of news out of North Carolina of late when it comes to gambling. Miss North Carolina was recently spotted hosting charitable bingo games at the Vidant Children’s Hospital to keep patients’ and their families’ spirits high during difficult times, and now, an exceptionally lucky lottery win has also surfaced in news reports.

Over in the local town of Goldsboro, things had the potential to go very wrong for a woman from the aforementioned US state that was given the wrong ticket for her chosen lotto game. However, in a surprising twist of fate, the player in question actually ended up celebrating the error with an impressive cash prize!

In a recent news release, the North Carolina Education Lottery revealed that Zerineia Carmichael of Goldsboro, NC, had originally wanted to purchase a Carolina Panthers game ticket for herself last Sunday. However, the store clerk at the retail outlet she had visited misunderstood her request, handing over a ‘777’ gambling game stub instead.

Carmichael reportedly revealed the NCEL that normally, she would have stopped the clerk and asked her to give her the product that she had originally requested. However, for reasons unknown, her conscience told her to hang onto the slip of paper, so she obliged and pocketed it to check the numbers later.

After getting back into the car, the player began to scratch off the numbers on her card. After the first few had been revealed, Carmichael was somewhat disappointed, thinking that she had only managed to win a mere $7. However, she continued to persevere, revealing more sevens as she went along.

By the time she had scratched off the entire row on her ticket, the American resident had won a cool $277,777 to add to her Christmas present fund this year! Later, after federal and state tax deductions, she ended up taking home a considerable fortune of $195,837. It is still early days for the very fortunate winner, but she has so far revealed plans to buy a new car with her jackpot.

As for the rest of it, she may donate it to charity, do a few luxury home upgrades, or perhaps even embark on a much-needed vacation. Of course, she also now has the opportunity to watch the Panthers’ next game in action from the top box if she so chooses, so she is no doubt grateful that she decided to forsake her game ticket on this one remarkable occasion!

You have to be in it to win it! Play Bingo and see if you can get LUCKY!