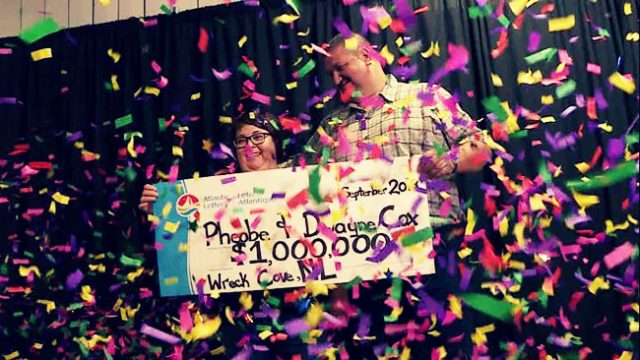 Newfoundland and Labrador’s newest lotto-made millionaires celebrated their life-changing win with an impromptu dance on the side of the road, just beside Newfoundland’s south coast.

Dwayne and Phoebe Cox have managed to scoop a juicy $1 million prize from an Atlantic Lottery Corporation scratch ticket. Upon realizing their great fortune on the drive back to their Wreck Cove home, the pair were thrilled – and completely taken aback as well, they admitted in a later press statement.

New House on the Cards for the Duo

According to Phoebe Cox, the minute she realized that they had won she demanded that her husband stop the car. She jumped out with the ticket in her hand, and began to dance along the road to express her joy, she told the crowd at the check unveiling last week.

She also remembered that Dwayne told her to get back in the car while she danced, worrying that someone would come along and see her. The couple now plans to use the winnings to build a new house in their small town, replacing their current mobile home. New vehicles may also be on the cards for the lucky duo.

Both of the new winners work at the local lobster fishery, and while neither is planning to retire just yet, they have said that they can now afford to at least stay home on more dangerous fishing days. With a laugh, Phoebe realized during an interview that they could probably do whatever they wanted to, in fact.

When asked if they had any other plans for their new fortune, the Coxes revealed that they also want to help their parents in any way they can. Buying new things for them, doing renovations on their homes as needed – whatever would make their lives easier, the recent winners will be happy to do. ‘We’ll look after them’, Phoebe revealed.

Naturally, any big lotto win comes with some plans for leisure and luxury as well. A trip to Cuba is also on the horizon for the pair, especially as it will be Phoebe’s first ride on a plane. Further travels may also come later, but for now, the couple is happy to revel in their good fortune and put their windfall aside for necessities and the odd rainy day, too. 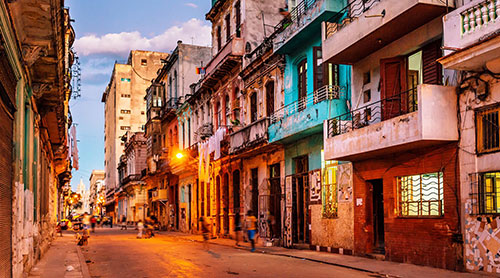 Dwayne and Phoebe Cox would like to visit Cuba

The chances of winning a $1 million prize on the type of ticket purchased by the Cox family are around 1 in 1.15 million, making the win even more astounding. It just goes to show that with lotto, anything is possible once you’ve bought your qualifying ticket!