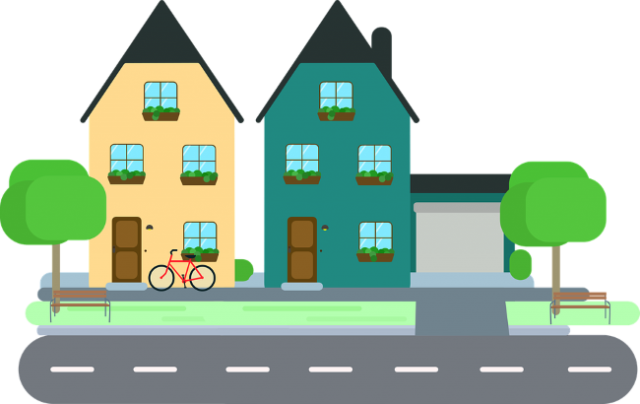 It was in May of 2018 when a couple in Nova Scotia won the lotto prize of their dreams: a luxury cottage, which was won in the QEII Foundation lottery. However, since then the pair’s dream has turned into more of a nightmare, with the two saying that an Airbnb dispute between them and their neighbours might force them to sell the stunning home.

46-year old Troy Fahie of Middle Sackville has said that the 3,000 square foot home overlooking Chester Basin is everything he and his partner have ever wanted for themselves. Fahie’s fiancée, 40-year-old Nina Tardif, originally won the 3 bedroom, furnished cottage at the end of May last year. She won the property after spending $550 on 3 tickets in the QEII Home Lottery, which supports the QEII Health Sciences Centre Foundation. The home even came equipped with $15,000 in cash and a luxury golf package attached.

The couple’s cottage at 64 Skipper Hill Drive is built on a gated road alongside a dozen other new homes. Tax assessments have pegged the properties’ values at between $318,000 and $614,000.

Unfortunately, the new home has come with a few challenges attached. According to Fahie, the 40-minute high school commute to Sackville is too far for his youngest child, so they will continue to live in Middle Sackville for a while. Instead, they will aim to retire to the cottage in 5 or 6 years’ time.

In the meantime, the picturesque property costs around $13,500 a year to own, including insurance, tax, utilities and hefty maintenance fees. Fahie is worried that paying for two homes would be quite a stretch, leaving his family to pinch pennies just to be able to afford basic bills.

The family’s solution to this problem was to put the home on Airbnb for a few years so that Fahie and Tardif could still retire in their dream cottage. The money from this, they believed, would help to pay off the taxes in the interim. The pair listed their cottage on Airbnb for July and August this year at $400 per night, offering a 10% discount for stays of longer than 4 days.

Unfortunately, the move was not a popular one among their neighbours. Numerous complaints have been made about the guests, many of whom have felt less than welcome. Some have even been told by neighbours that they needed to be in bed by 11pm to avoid disturbing the surrounding homes.

Despite this, Skipper Hill’s development covenants do not specifically restrict short-term rentals. A meeting of Skipper Hill Estates and Marina Home Owners’ Association will be held on August 27, after which Fahie and his family will decide how to proceed. In the meantime, the family are still big fans of the QEII Home Lottery, which has given away 6 cottages at Skipper Hill since 2016.