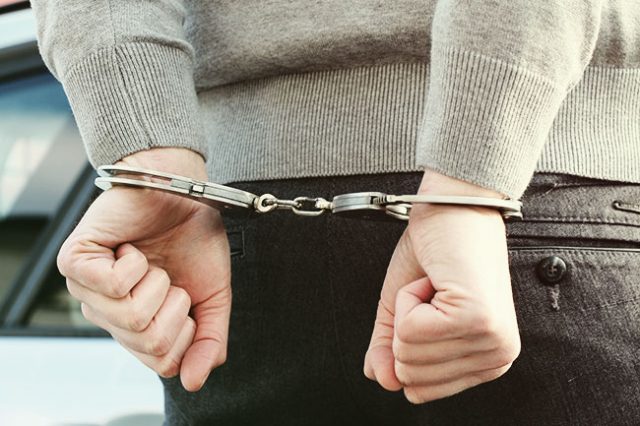 When lotto games and lottery tickets come to mind, most people think of lucky wins, huge cash jackpots, and the inevitable wealth and fortune that comes with striking the juicy jackpot of their dreams. However, for one rather unlucky American robber, his ticket worked in much the opposite way, leading authorities to him just as he thought that he had gotten away with the heist of the century.

Over the border in the USA, authorities have revealed to international media channels that a dropped lotto ticket has led investigators to a wanted criminal. The man in question recently robbed a bank in suburban Chicago of thousands of dollars, and the unusual lead gave investigators exactly what they needed to track him down in good time.

According to court documents on the matter, an FBI agent stumbled across an Illinois lottery scratch ticket that surveillance video cameras caught falling out of the suspect’s pocket during the robbery of a Chase Bank branch in Palatine on September 28. Naturally, this seemed like a weak lead at first, but in an interesting turn of events, the ticket’s origin was tracked, uncovering a shocking revelation about its owner.

Agents on the case quickly jumped on the unique opportunity, tracing the ticket back to its original point of sale. This was a local gas station in the nearby community of Rolling Meadows, which in itself supplied even more leads that the FBI could utilize to capture the wily criminal once and for all.

LOTTO NEWS: Help! I Won the Lottery – What Now?

Authorities then employed some truly remarkable methods to follow up on their surprising lead. They used enhanced store video footage from the night of the robbery to match the purchaser of the ticket to the ticket itself, identifying him as a man who redeemed some other winning tickets at another gas station nearby.

From there, the Feds were able to identify the suspect’s car, and local police stopped the same car late on Tuesday night in the Chicago region of Arlington Heights. Unfortunately for 38-year-old bank robber Dexter Riley, a ticket that could have brought him plenty of luck ended up being exceedingly unlucky instead.

Federal prosecutors have since charged Riley with robbing the Chase Bank branch of around $8,200. So far, court records posted on Friday have not listed a defense attorney for the transgressor.

Want to win BIG? Play Bingo – it could be your chance!