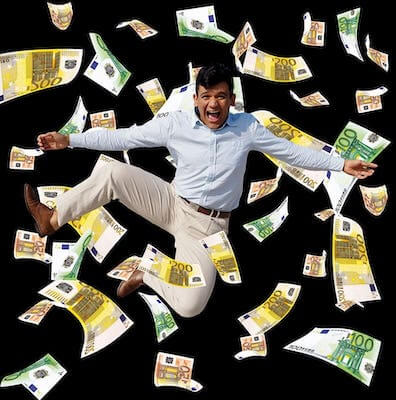 It was announced in January that a winner had been found for a massive Lotto Max jackpot. But, against expectations, the winner was not coming forward. Who wouldn’t want their more than CA$22 million? It turns out that the winner, Gary Myles, had an interesting journey before realizing what he had won.

Myles is an Oakville resident, father of 2, and works in the IT industry. Upon arriving at the Ontario Lottery and Gaming (OLG) offices he explained the situation. He revealed that upon first receiving the email, he had believed that the prize was a mere CA$22 plus a free play. Not being particularly excited, he ignored the email entirely. It was only later, Myles explained, that he believed the prize was CA$22,000. When it finally occurred to him that he was missing a few zeroes, and the true jackpot was CA$22,000,000, he recalls screaming with joy.

Pick Out A Birthday Gift

Being a mischievous sort, Myles laughingly explains that he hadn’t told his wife exactly what was going on. He sent her the email, but simply told her to check out her early birthday present. It apparently took the lady some time to realize what she was looking at, though likely also had a few joyful screams.

Despite being sneaky, the IT professional is now an instant multi-millionaire. He told the OLG that he has been a regular lottery player for over 20 years, though never imagined that he would eventually walk away with so many zeroes in his pocket. He concluded by saying that options have opened up to him he never considered before, transforming his life in truly unimaginable ways.

One thing is for sure, the family of Myles is about to go through some serious transformations.

The system of Lotto Max is based around a constantly renewing jackpot. A winner was declared on February 15th, though this is another winner that has yet to come forward. They likely will sooner or later. But what that latest win means is that the current payout amount is once again slowly climbing. No winner was declared in the most recent draw, which means that, after starting at CA$10 million, the total has been bumped up to CA$15 million.

It shouldn’t be forgotten that an older winning ticket of a massive CA$36 million has also gone unclaimed. The winner resides in Barrie, Ontario, which is as much as can be revealed by the OLG. Regular players best be checking, and rechecking their older tickets, just to be sure.