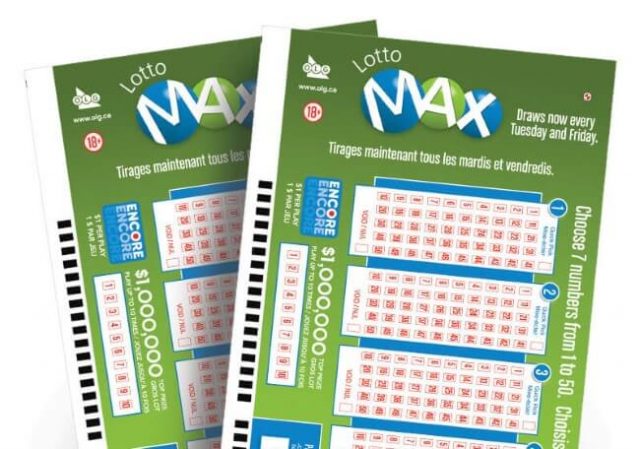 Seeing is believing and yet, when it comes down to the moment of realisation that a massive jackpot has been won in the Lottery, just about everybody enters a state of disbelief and simply can’t fathom the message conveyed by their yes. A very lucky player from Winnipeg recently walked away with his half of the CA$19 million Lotto MAX jackpot, having been one of two players to have guessed all of the numbers correctly for the June 14 draw.

The Manitoban player, a certain Don Humniski, not surprisingly, tells the same story so often relayed by so many Lottery winners. He recalls having nearly fallen over backwards into a ditch in complete disbelief. He does however have a reasonably clear idea as to what he will do with his winnings now that he’s won a small fortune. His plans include early retirement for him as well as for his wife. This will enable them to spend more time with family as well as retire comfortably.

The holder of the second of the two winning tickets has not yet come forward to lay claim to his or her prize, which is of course the other CA$9.5 million. The mystery player will have 52 weeks during which to claim the winnings, after which the money will be forfeited and re-invested either in a future jackpot, or donated to charities.

Don Humniski had purchased his golden Lotto MAX ticket at Ford’s Grocery store in Winnipeg Beach. The other ticket is confirmed to have been sold somewhere in Ontario. Apart from the fact that winning actually comes as a severe shock (a positive one of course!) to many players, others yet indulge in the folly of not following up on their tickets to check whether they have won. There are of course circumstances that will at times prevent wins from being claimed, but its often the case that players will months; even years; after draw-dates, discover old unchecked tickets, only to find that they were winners. Some are able to claim in good time; others unfortunately not.

It’s Worth A Check

The Ontario Lottery and Gaming Commission often pleads with its players to remember to check their tickets on a regular basis. The size of Lotto MAX and Lotto 6/49 jackpots really do justify being prudent about checking one’s numbers. It was after all not too long ago that a family of 8 had walked away with a CA$65 million Lotto MAX jackpot prize!