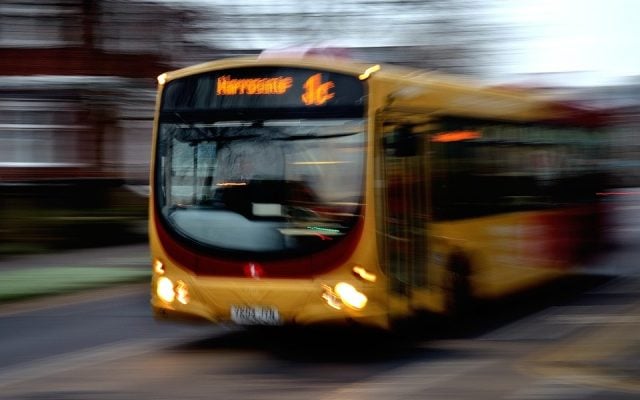 Surrey residents Arlana Morse and James McLauchlan spend a lot of time together. Both are bus drivers and derive great joy from the fact that they get to move their passengers around the city in a safe and effective way. But their spending time together recently paid off in the most unexpected of ways when the duo’s 10 lucky numbers matched the numbers that came up in the August 24 Lotto 6/49 Guaranteed Prize draw. As a result, they are now each CA$500,000 better off than before.

Morse and McLauchlan took their time deciding what to do with their prize money. Both have decided that some of the money should be spent on travelling and early retirement, and some should be put towards the education of their children.

Again With The Buses

British Columbia is pure Lottery land thanks to Lotto MAX and the equally popular Lotto 6/49. A bus trip of a different variety turned out to be a very happy occasion for BC resident Adrian Malebranche. Adrian was travelling on a bus in Vancouver and knowing full well the volatile nature of the traffic in the city, he had taken the time to print out his 6/49 numbers before boarding.

He then proceeded to the Express News Tobacconist, which also happened to be the store from whence his winning ticket came, in order to have his numbers checked by the system. Great was his surprise when he discovered that his dream of owning his own home was at long last a reality because he had in his possession a winning ticket to the value of CA$2 million!

In addition to finally being able to buy the condominium that he had dreamt about all his life, he also plans on taking a trip to Florida where he hopes to be re-united with his family; something he says would not have been possible without his Lotto 6/49 windfall.

Encore Does Its Thing

August 27 was a lucky day indeed for yet another player. A player who goes by the surname Curle describes his CA$1 million Lotto MAX guaranteed jackpot prize win as a life-changer. The Mississauga resident became eligible for the win as a result of his having played the Encore option, being the Guaranteed Prize draw that runs alongside Lotto MAX draws. Curle must now be very happy that he had decided to make the best of his numbers played by opting in on Encore.

Could YOU get your hands on a Lotto JACKPOT? Enter and find out!