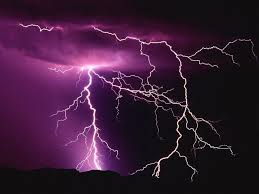 Peter McCathie is a lucky man!

When McCathie was 14 years old, he was hit by lightning. It was a sunny day and he was out on a boat trip with friends. As the group locked up the boat in shallow water, a bolt of lightning came out of the trees and hit him. McCathie survived the lightning strike, putting him in the category of 1 in 700,000.

Incredibly, McCathie's daughter also survived a lightning strike. Two years ago she was working as a wilderness guide in Manitoba. In an eerily similar scenario, her group pulled their boat off of the lake to avoid a storm, McCathie’s daughter was locking the canoes to make sure that they wouldn’t be blown away in the storm when she was struck by a single lightning bolt that came out of the sky. McCathie’s daughter also beat the odd by surviving.

The Atlantic Lottery provided the third lightning bolt for the McCathie family this month, but this strike was welcomed by the entire family. In July, Peter McCathie, who now owns the Amherst Shore Country Store in Amherst Shore, N.S, bought a lottery ticket from his store together with his co-worker Diane Miller. Together with Diane McCathie became a one million dollar winner. Sophie Leger, a mathematics professor at the Universite de Moncton, says that such a win, in conjunction with the two lightning strikes, is incredibleâ€¦.a 1 in 2.6 trillion chance. "By assuming that these events happened independently, so probability of Lotto times probability of lightning since there are two people that got hit by lightning, and we get approximately 1 in 2.6 trillions,"

The win gives a whole new meaning to the phrase “You’re less likely to win the lottery than you are to be struck by lightning.”

McCathie plans to use his winnings to pay off debts and take his wife on a second honeymoon, while Miller is planning a trip to Cancun.

The Atlantic Lottery was established in 1976 by four Atlantic provincial governments, including the Nova Scotia Provincial Lotteries and Casino Corporation, the New Brunswick Lotteries and GamingCorporation, the Prince Edward Island Lotteries Commission and the Province of Newfoundland and Labrador Lotteries Commission. These four corporations operate their provinces’ lotteries and regulate other gambling activities in the provinces. Percentages of the revenues from these gaming pursuits are returned to the provinces and are given to various charities and non-profits to aid in providing assistance to those in need. Each province’s Gaming Commission focuses on fulfilling their government’s mandate of player protection and ensuring that the lotteries and other gambling venues operate within a regulated environment.

The four Atlantic provinces’ Commissions have banded together to create a more engaging and better-paying lottery. The most popular lottery offering under the Atlantic Lottery include the Lotto Max which pays out big jackpots — Lotto Max jackpots can reach up to $50 million (any extra money, after the ultimate $50 million prize, is paid out in $1 million prizes, called MaxMillions). So, in one week, even if no one achieves the $50 Lotto Max, an additional five people can each win a MaxMillion prize of $1 million each.

To collect winnings the ticket-holder must be 19 years of age or older.

The 2chance.ca contest allows you to enter unsuccessful tickets which were bought for a previous drawing. The 2Chance option gives you a second chance to win. Every $2 in eligible tickets makes the ticket eligible for an entry into the 2Chance lottery.

Multiple Atlantic Lottery game options are available online to gamers who wish to play on their personal PC. To play online, the gamer is asked to submit his personal details to the https://www.alc.ca/ website and open an account. Once the individual adds funds to his account he can get started playing any of his preferred Atlantic Lottery games.

ALC operates a mobile site but at this time it is not possible to play games or purchase tickets on mobile. The ALC mobile site features information about current and previous winning numbers, jackpots and prize payouts.