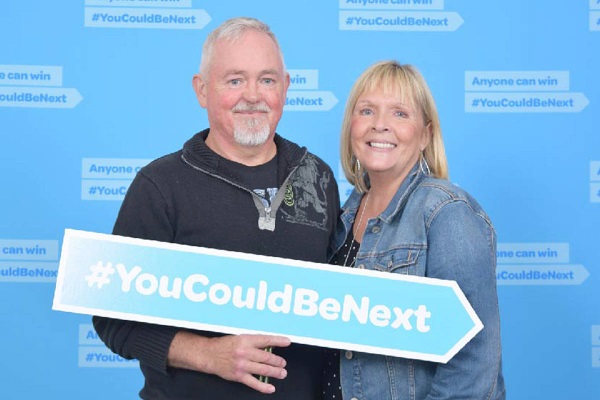 The majority of Lottery enthusiasts will agree that if any one thing is capable of unleashing a royal wave of panic then it’s the thought of a massive win ticket expiring because of a no-claim. But the other side of the coin is true also and one lucky couple hailing from Langley is able to account first-hand the joy of discovering a forgotten Lottery ticket only to discover that its worth a super CA$250,010.

Lucky for married couple Steven and Rhonda Evjenth, their forgotten-ticket story had a happy ending as they had happened upon it way ahead of the 52-week claim deadline. Steven and Rhonda had purchased their winning Lotto 6/49 Lotto ticket around mid-April of this year. Little did they realise that the April 20 draw was about to bring about a generous helping of good things. In fact, they only realised the extent of it all very recently when they happened to come across the winning ticket quite by accident.

The lucky pair purchased their winning April 20 Lotto 6/49 ticket from Langley’s Super Save gas station. The unexpected discovery of the winning ticket must have been received with a lot of celebration by the owners of the Langley gas station, as they too are now eligible to stake their claim to a special bonus prize awarded to retailers for having sold a jackpot winning ticket.

The couple did in actual fact buy an additional game and chance to win, which was had pushed the winnings all the way up to the CA$250,010 mark. They recently happened to come across the winning ticket whilst running errands. Imagine their surprise on having discovered that the ticket in question was worth a great deal more than just a pretty piece of paper!

It had been husband Steven who had first scanned the ticket to check for any winnings at a local store after the ticket had been discovered. He recalls hardly being able to believe what he was seeing and so decided that it might be prudent to get a second opinion on the matter. The second store however agreed with the first store. It was official; the couple was officially a great windfall of money the richer.

Now that they are actually in the know about their winnings and not merely in secret possession of a Lotto ticket, they can finally do many of the things that they have wanted to over the years, but could never afford to actually get around to. The couple hasn’t revealed too much about their spending plans but did let on that a trip to Hawaii may very well be on the cards.