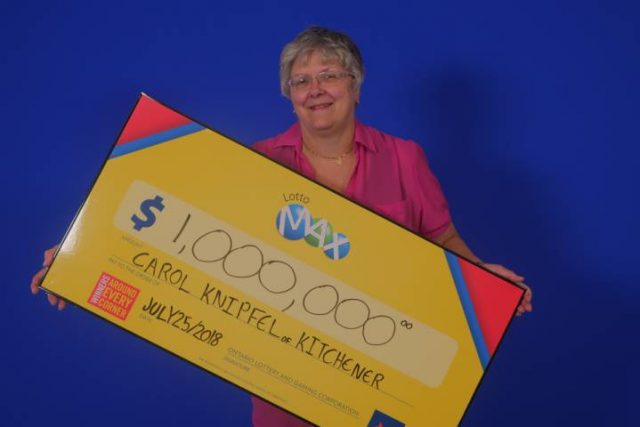 Carol Knipfel of Kitchener, Ontario, doesn’t usually buy lottery tickets, but she did on the day she retired. This spur-of-the-moment decision won $1 million for the grandmother of 6, which probably made her work leaving party much more exciting.

The Winning Ticket Was From Kitchener

Knipfel, who is currently 68 years old and has just finished working as a utilities department dispatcher, purchased a ticket for the Lotto Max draw held on June 1 2018. She did this on a whim, as a way of marking the occasion of her retirement, and says she usually only buys Lotto Max tickets when the jackpot is approaching the lottery’s capped maximum of $60 million. She received her prize on 25 July, during a ceremony in which she posed with a giant cheque representing her windfall.

Lotto Max is one of the 3 national lottery games open to the residents of Canada, and is coordinated by the Interprovincial Lottery Corporation. Introduced in September 2009, its first-ever $60 million payout was to a single winning ticket in 2015. That winner was also in Ontario, though in Brampton rather than Kitchener.

A small and privately owned convenience store on Belmont Avenue in Kitchener, called C & J Variety, was the unassuming site of the lucky ticket purchase. The down-to-earth grandmother didn’t actually check her ticket for a week, waiting to do it until she was going through her grocery store’s checkout line on her next shopping trip. When she discovered she had won, she reports, she was speechless and didn’t believe the news until she saw the validation slip. 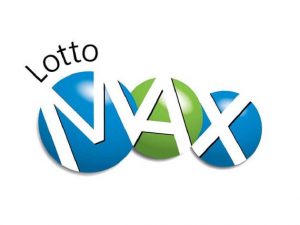 Sensible Spending for a Comfortable Future

Knipfel may not have walked away with the maximum $60 million reward, but she is no doubt feeling pleased that she acted on her impulse to buy a Lotto Max ticket anyway. Now that the initial excitement has worn off somewhat, she has had time to decide what to do with the money. Her plan is to pay off her mortgage and purchase a new car, once again reflecting her pragmatic nature.

Read about the 5 IT Consultants that won BIG!

While not as immediately thrilling as something like a luxury holiday would be, this will make her retirement far more affordable. She will be able to relax and enjoy her family and leisure time with far fewer financial headaches, as anyone who has put in a lifetime of working deserves to do.