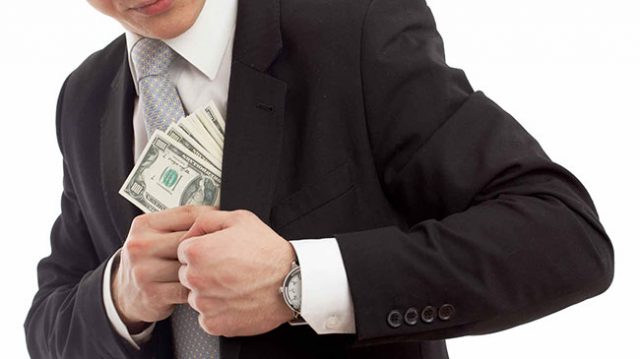 Imagine finally getting your hands on a winning lotto ticket worth tens of millions of dollars. It’s a fate that many people can only dream of, but for one California native, it was destined to become a reality. Unfortunately, somebody he thought he could trust was hot on his tail, working overtime to claim that astounding fortune for himself…

According to police reports, a man recently stole his flatmate’s winning ticket, worth a whopping $10 million, while he was asleep. The police say that once the valuable slip of paper had been nabbed, the thief then went to the lotto offices and tried to claim the win as his own.

It was last month, late in 2018, when Adul Saosongyang first became aware that his flatmate had struck gold. Of course, it is difficult to realize that someone close to you has become an instant millionaire while you have not, but the 35 year old decided to use nefarious means to try to switch the playing field altogether.

LOTTERY NEWS: Perks and Perils of Sharing a Lotto Win

The police that handled the case say that, while in a fit of jealous rage, Saosongyang stole the ticket in question while his friend was sleeping and totally unaware of his actions. The alleged victim of the theft, along with authorities in Vacaville, CA, began to suspect Saosongyang soon after the stub was found to be missing.

The man was arrested on January 8, 2019 and was transported to the Sacramento County Jail once the cops’ suspicions were confirmed. The Los Angeles Times was the first to report on the story and confirm that the fiendish flatmate had indeed tried to steal millions from someone he had once considered a friend.

Elaborating more on the case, a spokesman at Vacaville Police Department noted that a local shopper visited the Lucky Grocery Store on Peabody Road in Vacaville to buy a $30 Scratcher Lottery ticket. The purchaser was reportedly hoping to win a little extra cash to celebrate the festive season comfortably.

Altered Ticket Leads to an Arrest

In a somewhat shocking turn of events, the ticket actually turned out to be a winner. The morning after finding out, the winner went to his nearest Lottery District Office in Sacramento to collect his fortune. However, he was informed that not only was his ticket not a winner, but that it had actually been altered as well.

The player immediately suspected that one of his flatmates may have stolen the real ticket while he slept, and immediately reported this to the police. The next day, his suspicions were confirmed when Adul Saosongyang tried to cash in the real ticket at the Sacramento office.

Furthermore, when the Lottery Investigator went to the original Vacaville retailer to get video footage of the original purchase, they were also told that the ticket might be a stolen one. Saosongyang is set to appear in court this week.