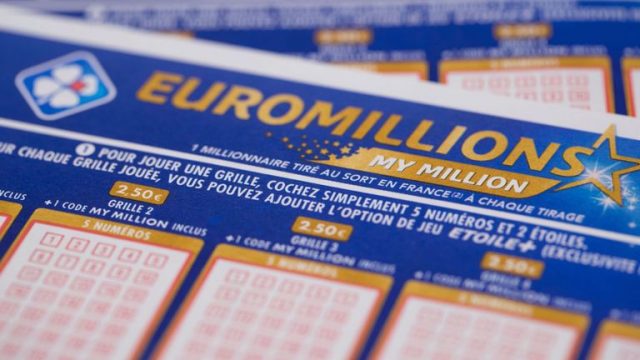 A family residing in a town just outside of Dublin, Ireland has made headlines around the world after winning an incredible £152 million jackpot in EuroMillions. After realizing how big they had won, the family in question admitted to stashing their winning slip in an Argos catalog under one of their mattresses for safekeeping!

The group of close-knit relatives spent the day of their win celebrating the news that they had inked a whole new record in their country of origin. The £152 million win is the largest to ever have been won in an Irish lotto game, and the winners will go down in history because of this.

Speaking to the press, a spokesperson for the family noted that the jackpot was an unbelievable stroke of luck. The anonymous representative added that it will take them some time to get their heads around their good fortune, and also to get their ducks in a row before they begin spending their new windfall.

The spokesperson, who is a member of the family too, says that the relatives meet up every week and take annual vacations together as well. For them, he said, the jackpot is nothing short of a dream come true. Reportedly, the family does not want the win to change their lives, but is excited to share the money with their children, grandchildren, and extended family members to boot.

The record-breaking ticket was purchased at Reilly’s Daybreak store in Naul, a small village situated north of the capital of Dublin. Naturally, staff at the small convenience store have also been celebrating the huge win, which was claimed using the numbers 1, 8, 18, 19, 39, and Lucky Stars numbers 7 and 9 in the recent European draw in Paris.

As mentioned above, the consortium’s spokesperson says that the ticket had been stashed away in an Argos catalog for a few days to keep it safe – until it could be delivered to the Irish national lottery’s headquarters, that is. Of the win, the spokesperson says that the family is just a “normal” one, and that they do not want the prize to drastically change their lives or their attitudes towards their finances.

Irish Lotto spokeswoman Miriam Donohoe has said that the ticket holder was “surprisingly calm” during the phone call in which they claimed their win. And while they now hold the new records in Ireland, a couple from Moira, North Ireland, set the country’s previous EuroMillions record earlier this year with a £115 million prize.

Frances and Patrick Connolly, the pair in question, have said that when they realized that they had won, they sat in silence and stared at each other for a good few minutes before making a cup of tea. According to a statement they made at a press conference, they also planned to share their cash with as many relatives and friends as possible.

Are YOU a winner? You could well be if you play Bingo!