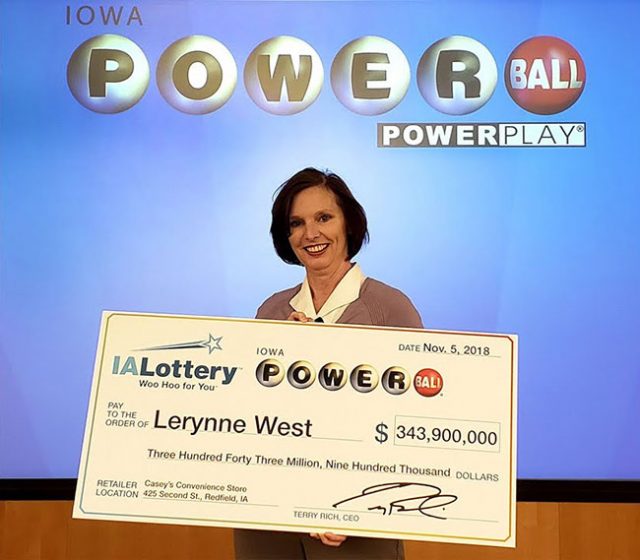 A woman in central Iowa over in the US stepped forward this week to claim a massive $343.9 million Powerball jackpot – the largest of its kind to ever have been won in the state.

Lotto officials in the state confirmed on Monday that Lerynne West has struck gold, becoming one of the two winners of a massive $688 million prize pot resulting from a draw on October 27. The big winner will be sharing her prize with another very fortunate player who purchased their ticket over in New York City.

West, who is based in the Iowan town of Redfield, noted that she realizes that her win is a ‘life-changing moment’ while she claimed her hefty prize at lottery headquarters a few miles away in Clive. She is reportedly excited to share her winnings with her friends and family, and is planning to buy a new car and purchase a much-needed vacation with her funds.

The Callum Foundation is Born

The winner is also planning to give a portion of the win away to various causes and organizations that are important to her family. So dedicated are they to charitable causes, in fact, that the family has established a new charity – the Callum Foundation – to provide financial support where it is needed the most.

The 51 year old lottery player worked for a health insurance company for many years prior to her win. However, she was pleased to inform authorities that she retired from the position last week. As for her $343.9 million check, West opted for the immediate cash payment that left her with a lesser amount of 198.1 million after taxes.

Although it amounts to half of her original win, $200 million is still a fantastic payday no matter which angle you look at it from. Of course, this point is highlighted even further by the fact that West’s fortune nearly slipped away from her altogether.

A Disaster is Narrowly Avoided

While moving to a new home late in October, the player and her sister stopped at a local Casey’s for a cup of coffee and a pizza. While she was there, she decided to buy an easy-pick Powerball ticket, and remembers putting it into her purse in her sister’s truck. However, the ticket was lost for quite a while, sitting on the floor of the truck unbeknownst to the duo.

The day after the draw took place, West got a text message from a friend asking her if she had won. She responded that she would check her ticket to make sure. Naturally, her heart jumped into her throat when she couldn’t find it – but her sister saved the day by finding it in her truck and sending Lerynne a picture of the numbers.

Good thing she did, too! With her sister’s help, West beat incredible odds of 292.2 million to one to win her new-found fortune, which will undoubtedly be put to good use both in charitable and personal capacities.