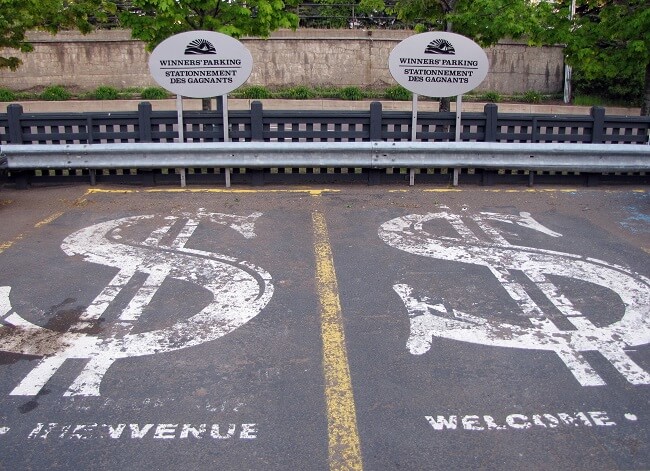 The Atlantic Lottery is under pressure to explain a recent jump in insider wins.

The Atlantic Lottery offers lottery games on behalf of the governments of Canada’s four Atlantic provinces — Nova Scotia, New Brunswick, Newfoundland/Labrador and Prince Edward Island. Over the years, the Atlantic Lottery has grown significantly. From its beginning 1976 it has expanded. Today the ALC offers a wide range of games through its lottery distribution points — everything from Lotto, Lotto Max, bingo and other draw games tobreak-open tickets to sports wagering; social media games and online games. ALC profits are distributed to the participating provinces for their general funds.

The Atlantic Lottery has received attention due to the fact that a significant number of retailers have been recent prize winners. The percentage of ALC-affiliated winners tripled in the course of a few short years. While the ALC calls this phenomena “statistically insignificant,” and “normal” a mathematician who examined the numbers called the increase “wacky.” She said that such an increase was unlikely to be random.

Four years ago, after allegations that ticket sellers in Ontario had been stealing the winning numbers, the ALC started to track the number of “non-arm's length” winners. These include people who work for ALC or ALC’s suppliers or individuals who work at or own stores which sell tickets. “Non-arm’s length” winners also include family members of these group.

In a look at the ALC-affiliated winners, 30 non-arm’s length winners were awarded prizes totaling $25K and more as opposed to half that number just five years previously. All winners are investigated before their prizes are awarded and all of the 30 winners were found to have earned their prizes honestly. Yet skeptics note that almost one in eight prizes worth more than $25K went to someone connected to ALC or ALC suppliers. The vetting process did reject two winners, employees of ALC retailers, who, it was discovered, had stolen tickets from the stores at which they worked.

ALC Sarah McBeath responded to the questionable numbers. She said the percentage of non-arm’s length winners has been consistent across all prize categories. “We remain at a consistent four per cent, year over year” McBeath said. She explained the jump in the big prize category as just a random shift.

But a University of New Brunswick mathematician disagreed, saying that the “wacky” shift was not normal. Mathematician Maureen Tingley used a statistical model to calculate the possibilities of such an increase occurring randomly. She calculated that it was a three in 1,000 chance.

Tingley said there is a likely explanation for the fluctuation, but she does not accept the lottery company's explanation. “When I say there’s something strange going on, I'm saying there’s a 0.3 [per cent] chance I’ve reached the wrong conclusion,” Tingley said. “If you took four consecutive years over and over again, a thousand times, you’d expect to see something this wacky about three times.”

Tingley continued “I don’t think that’s good enough. They should be asking themselves why it’s happened. For example, if there was a big increase in the number of ticket outlets or salespersonsâ€¦then we would expect to see the percent of non-arm’s length prizes to increase.”

In a related story, Ontario Lottery and Gaming Corporation (OLG) has also had its fair share of scandals. Some Ontariowins have come under scrutiny and the Ontario Provincial Police is investigating.

A forensic audit revealed that Ontario lottery retailers, employees and their families have taken home a significant percentage of OLG prizes — $198 million in prizes over the past 13 years. A unit of 14 OPP officers is working with OLG’s regulator, the Alcohol and Gaming Commission of Ontario, to investigate insider and suspicious wins. Over four hundred insider and suspicious wins were probed and resulted in charges being leveled against 14 people.

The OLG operates the lotteries in Ontario which include Daily Draws, Jackpot Draws, Sports Games wagers and Lottos.

The OLG is one of Canada’s most modern lotteries. The OLG spends a considerable amount of its resources in modernization, rationalizing that, as demographics change and people’s shopping patterns evolve, global gaming options are more desirable. OLG aims to become more customer-focused, expand lottery and gaming options to the private sector and see its role in the conduct and management of gaming and lottery delivery evolve more quickly. OLG recognizes that taxpayers will no longer fund improvements or even maintain existing gaming facilities, so the OLG is focusing on delivering more innovative and fun games along with developing an expanded lottery distribution that will include multi-lane sales at large retailers. This, OLG believes, will accommodate a larger customer base.

One of the newest and most exciting innovations for Ontario lottery fans is the iGaming option, PlayOLG.ca. This site will feature a wide variety of table games, slots, lotteries and poker games, with online bingo, sports wagering and other skills-based games projected for the future.