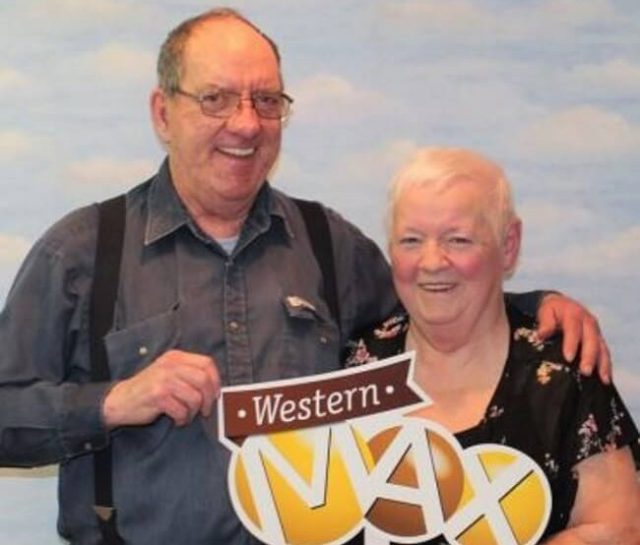 Allan Coe, the husband of a Lottery winner from Creighton in Saskatchewan, was so surprised at having been informed by his son that his (Allan’s) wife had just won $1,000,000 in the Saskatchewan Lottery thanks to a Western Max ticket that she had purchased on April 19, that all he could think of to exclaim was, “Bullsh-t!”.

But, say the Coes, despite their obvious joy at having won a large sum of money, they are in no hurry to spend their newly acquired riches. They had purchased their winning Western Max ticket from the Creighton Super Stop, which is located on Main Street, Creighton.

Few Believe It At First

Many players, like Violetta, recall feelings of utter disbelief when thinking back of the first thoughts that passed through their minds after their having discovered a super-size Lottery win. It’s as if the mind isn’t quite able to fathom the possibility of suddenly owning more money than what was needed.

Lotteries generally advise players to consult with a financial planner and the reason for this is two-fold. First up, and perhaps the more obvious of the two reasons, is the issue of friends, family and acquaintances possibly looking to cash in on a portion of the winnings themselves. The second reason is a less obvious one. Many people struggle to come to terms with suddenly being in the money and they are the ones who have to be aided to deal with the change on a psychological level.

About More Than Money

Playing the Lottery is much more than throwing a bit of money at a ticket and hoping for the best. To many people, it’s a weekly ritual and an important part of any given day. Its more than just the prospect of money; it’s a license to dream of a better life.

Lotteries plough much of what they make in profits back into their home-base communities. It’s a system that works very well. This way, winning isn’t just a luxury afforded to a lucky few, but instead, entire communities are able to share in the system’s success.

A big win could be YOURS! Try your luck, play the best online jackpots in Canada.