Canada Revels In The Lottery Money 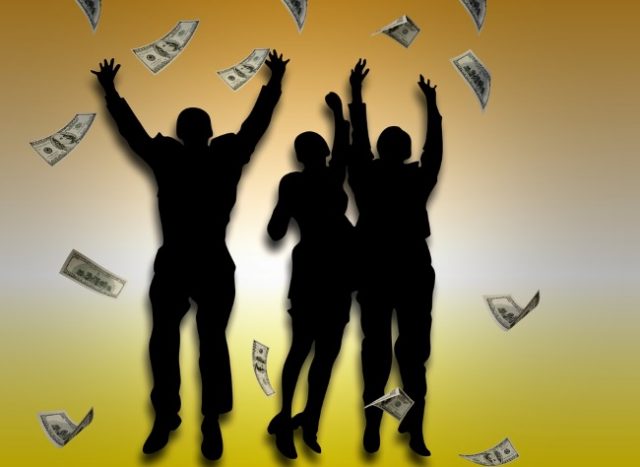 One can hardly even believe the magnitude of the Lottery and slots jackpots currently falling down like rain on various Canadian provinces. Just ask slots player Brenda Lloyd, a player from Lloydminster. Lloyd is officially CA$1.8 million richer following a visit to the Gold Horse Casino. Lloyd’s win has since been confirmed and congratulated by the creator of the slot from whence the lucky windfall came, namely International Game Technology’s (IGT) Smoke Signals.

Smoke Signals’ jackpot is capped at CA$2 million, but the lucky Lloydminster player managed to lay claim to the win before the slot reached its limit. Dumbfounded by the big win, Lloyd at first did not even realise the magnitude of the fortune that had befallen her. But casino staff immediately rushed on over to congratulate the stunned player and to ensure that all was well and to help communicate the big win to her.

Gold Horse Casino is a popular games venue and one can only imagine the new interest that will follow after the giant-size luck that befell Lloyd.

But Lloyd wasn’t the only person to recently have received some very good news. Lottery jackpots have literally been rife in Quebec as well as in Ontario, and the prizes awarded are by no means small or insignificant. We’re literally talking millions and millions of Canadian dollars being paid out to players thanks to Lottery games like Lotto MAX and Lotto 6/49.

Quebec player Jean-Luc Vallee was recently changed for the better when he discovered that he had won a stunning CA$39,941. Vallee’s game of choice was Lotto Poker and he bagged the awesome prize money thanks to his Royal Flush.

There was a huge cause for a celebration in Ontario too, following retired casino hostess Heather Stahls’ big Lottery win. Stahls has said that this was the first time ever that she personally had been granted the opportunity to experience what it was like to win really big money.

Stahls played Lottario and the end-result was one of her walking away CA$250,000 the richer! Talk about the casino industry magically bestowing favour following a life-long service to the cause. The fact that Stahls is one of the industry’s own certainly ads a tough of magic and serendipity to the lucky win.

Get YOUR hands on a big win. Play slots ONLINE!