How to Protect Yourself from Lottery Scams 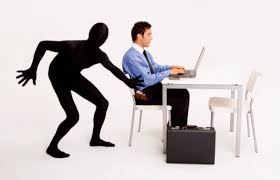 The lottery in Canada is wide-ranging and includes extensive options for play that cover almost every type of interest and level. There are lottery options for players who want to play national and regional games, draw games, games that allow you to ascertain your win within minutes, bonus games, online options and lotteries for small stakes and large stakes players.

For Canadian lottery buffs, this means that it’s easy to play the lottery. Unfortunately, it also means that, with so many lottery products and options, it’s easy for scammers to trick the public. The United States Federal Trade Commission identifies many of the scams that plague Americans as coming from Canada. Canadians are especially vulnerable to these schemes and every year more people fall victim to the various frauds perpetuated on unsuspecting citizens.

Advisors generally tell people “if it sounds too good to be true, it is” but it’s hard to remember that phrase when you’re in the heat of believing that you’re about to receive a significant pay out. Some consumers are lured by the prospect of instant wealth while others simply believe that their lucky day has finally arrived. You can’t blame them — the Canadian lottery makes every effort to publicize winners, so it’s easy to see yourself in that winner’s circle, even if all of the chips don’t line up.

So how can you protect yourself from lottery scams?

There is no gaming corporation in any Canadian province, and no lottery retailer anywhere in Canada, which operates by soliciting sales through phone calls or the mail. Lottery and prize scams operate by asking the subject to pay some sort of fee in order to claim winnings or prize from a lottery or competition that the individual never entered.

The scam opens when you receive notification that you have won a fantastic prize or a lot of money in a lottery, sweepstake or competition that you don't remember entering. You may receive the contact by phone, mail, email, text message or social media.

The featured prizes are typically big, attractive prizes such as vacation packages, electronic equipment ( such as a smartphone or tablet) or even money from an international lottery.

How the Scam Works

You’re told that you must pay a “small” fee in order to claim your prize. The scammer explains the reasons for such fees, saying that they cover insurance costs, postal costs, bank fees, government taxes or courier charges. Once you pay the fee, you’ll probably be asked to pay a second, and maybe even a third fee — after all, if the scammer succeeded in collecting the first fee from you, why shouldn’t he try again? In the meantime, the scammer will keep stalling delivery of your prize.

There are other types of ways in which the scammer can get money from you. He may request that you call a phone number. He then collects the rate on the phone call (these type of phone calls generally start with 190). The longer that you stay on the phone, the bigger the rate that you’ll pay on the call, so he’ll have a lot to discuss with you on the call. He may even ask you to call a second premium rate number and he then collects the rate on that as well.

Often the scammer gives you the name of a genuine lottery. That way, if you look up the lottery, you’ll find that it’s a “real” lottery and you won’t be suspicious. You’ll be told that you must act quickly or lose your prize, and that you shouldn’t discuss the win with anyone because they might find a way to collect your prize. By keeping you in this type of headspace, the scammers prevent you from speaking to anyone who might give you better information about their approach.

Some scammers disarm you by telling you that you don’t need to pay anything to collect your prize. They’ll even send you a check for a few thousand dollars so that you’ll think that everything is legitimate. They’ll ask you to provide them with information about your bank account so that they can send you the rest of the prize money. Now the scammers are well on their way to a successful identity theft, plus possible theft of any money that you have in your bank account.

Don’t forget — if you don’t play the lottery, you won’t win the lottery. Beyond that, there are signs that a contact is a scam. Watch out for

The Canadian lottery, and the provincial lotteries, do not require that you pay a fee in order to collect your winnings. If someone asks you to pay money up front, call a 190 number or give out personal details, consider it a scam and break off contact. If you have any thoughts that there’s a possibility that the person is, in fact, contacting you from a legitimate lottery, verify the contact by calling your province’s lottery corporation or the local consumer protection agency.

If you think that you’ve been scammed and you gave out your bank account or credit card details, contact your bank or financial institution immediately.

If you’re willing to take the extra step and report a scam, you might save someone else a lot of money. Many people stay quiet after they’ve been scammed — they’re embarrassed and prefer to lose the money rather than let anyone know that they were tricked. But by reporting a scam, you can protect yourself from further harm and help protect others.