How to Play Lotto Max 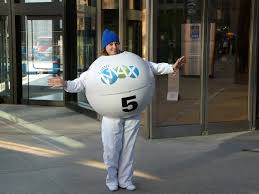 Wins are determined by draws held every Friday night. To play Lotto Max the player purchases a $5 ticket and selects seven numbers from a field of 49 numbers. Each purchased ticket also includes two additional quick picks. Jackpot prizes start at $10 million and can go up to $60 million.

Lotto Max, which launched in 2000, has proven to be a very successful lottery in Canada. Lottery officials attribute the popularity of the Lotto Max to the size of total prize and the perception that the MaxMillions system increases their chances of winning a major prize.

How to Play Offline

To play Lotto Max through a retail ticket purchase, purchase a board for $5 at any of the thousands of retailers located throughout Canada. Retailers are licensed by their local provincial Lottery and Gaming corporation to operate gambling activities in that specific province.

Each $5 board will display three sets of numbers from 1 to 49. All three sets of numbers are eligible for the Lotto Max Main Draw AND for the Maxmillions Draw(s) which are held on the Friday night following your ticket purchase. You can choose seven numbers — select your own numbers with a Selection Slip or use the Quick Pick and have your numbers chosen for you randomly.

Each of the provincial Lottery and Gaming Corporations operates an online site where players can purchase Lotto Max tickets. Buying your ticket online is pretty much the same as buying it through a retailer.

Sign into your online account at your provincial Lotteries and Gaming Corporation’s online site or, if you haven’t yet established an account, you can create an account quickly and easily. Select “Lotto Max” and then choose how you want to play — either select your numbers using the “Insta-Pik” option or choose your own numbers.

If you want to add a $1 TAG to your game for the chance to win the one winning TAG number that is selected during each draw, you can do so before you submit your ticket by clicking the “TAG” button. For instance, if on Wednesday night, you would like to purchases a Lotto MAX ticket + a TAG, the winning TAG number for that night's draw will apply to your ticket purchase.

You can also add a TWIST to your Lotto MAX in which 7 of your numbers will be shaded. If your shaded Twist numbers match the winning numbers for the Lotto MAX you win the top prize. You can also win other prizes if you match fewer numbers. Twist additions give you more winning options — if the same number appears more than once on your TWIST selection (for instance, if the number 24 is shaded twice on your ticket and the number 24 is drawn) it will be counted as having matched two out of seven TWIST numbers correctly.

Every Friday night at approximately 11:30 p.m. EST seven regular numbers and one bonus number are drawn at random using a ball machine to determine Lotto MAX and Maxmillions wins.

If you play online, the site will automatically check your numbers for you and will notify you if you win. If you purchase your ticket through a retailer you must check your tickets yourself.

The Lotto Max has a potential payout of tens of millions of dollars. On July 6, 2012 the Lotto Max jackpot,including 50 potential Maxmillions prizes, reached $100 million dollars after three consecutive weeks of rollovers. This was the largest payout in the Lotto Max history but it has subsequently repeated itself, once in December 2013 and then again in March 2014, May 2015 and June 2015. The biggest single jackpot payout occurred in September 2015 with a Lotto Max drawing for $60 million. The winning ticket was sold in Brampton Ontario.There is an Advance Play option for both online and offline players in which you can purchase up to 10 consecutive draws of future Lotto Max tickets. If you select your own numbers for 1 set, those numbers will be used for all of your future Advance Plays. The remaining two boards will be chosen for you randomly. Insta Pik players will receive a separate set of randomly generated numbers for each of the Advance Play upcoming draws.

The Lotto Max has a potential payout of tens of millions of dollars. On July 6, 2012 the Lotto Max jackpot,including 50 potential Maxmillions prizes, reached $100 million dollars after three consecutive weeks of rollovers. This was the largest payout in the Lotto Max history but it has subsequently repeated itself, once in December 2013 and then again in March 2014, May 2015 and June 2015. The biggest single jackpot payout occurred in September 2015 with a Lotto Max drawing for $60 million. The winning ticket was sold in Brampton Ontario.