How to Improve your Chances of Winning the Lottery 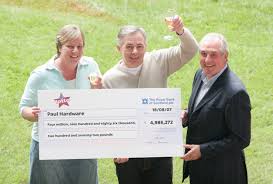 In a recent post, I wrote about lottery winners who had won multiple times, including one Alberta man who won 5 lotteries in 5 years. Although the mathematicians assure us that there are no winning lottery strategies, the stories of these multiple winners suggest otherwise.

So I did a little research and discovered some of the most popular lottery strategies employed by both serious players and people who play infrequently. They include:

Tracking is a popular system for lottery players who want to apply a technique to their lottery purchases and picks. This strategy is also referred to as “frequency analysis.” The system involves keeping track of the numbers that are drawn over a period of time. The theory states that “hot numbers” — numbers that appear often in certain games, should appear at a higher frequency in future games. There are also players who use frequency analysis and identify these numbers as “cold numbers” — numbers whose time has come and gone. Therefore, that second group of players tends to look at the numbers that have already come up and they then choose different numbers.

There are also players who identify the “hot/cold” numbers and use the information to combine the numbers in their picks. More common are those players who consistently play a specific group of numbers by playing a combination of these hot and cold numbers. Some people even play a combination of hot, cold, and personal numbers, such as ages of family members or birth dates, since they believe that, at some point, their numbers HAVE to come up.

If you want to try playing according to a tracking system you can find charts, graphs and diagrams to help you organize your tracking activities on the web.

Wheeling doesn’t involve selecting numbers, but the system helps you to arrange the numbers that you have into a coded system and organize them into various combinations. In wheeling, you make up a master list of your best picks and then play them in varied combinations. To use the wheeling system you purchase your wheel from a specialist and make up your master list. Once you determine the numbers that will go on your master list you fill in the blanks with those numbers. Wheels designs include wheels with circles, grids, graphs and triangles and with different types of coding (alphabetical, numerical, etc). A “short wheel” will cover some combinations of your master list numbers while a “full wheel” will cover all of the possible combinations. If you have a head for math you can make your own wheel.

The Lucky Number method is similar to the Tracking method. Basically, it’s a technique that encourages you to stick to one lucky number (or, if you need to make multiple picks, multiple lucky numbers). To boost your chances you’ll need to play regularly. Alternately, if you prefer, you can play less often but when you do, you buy more tickets which will increase your opportunities for a specific draw. Some people employ this method and play only when the jackpot is particularly lucrative.

Over 31 or Quick Picks

Many veteran lottery players play numbers over 31 or, alternately, play the Quick Picks. Why? This method doesn’t improve your chances of winning but will improve your chances of winning more money if you DO win. The reason is simple. Studies show that most people play numbers based on a special day of the month (their birthday or the birthday of their family members, etc). Therefore, fewer players are using Quick Picks or choosing numbers over 31. By using those numbers you decrease your chances of splitting a big prize if you do win.

If you want to rely on mathematical guidance, lottery pools are the best way to win the lottery. Setting up a lottery syndicate with friends or colleagues involves each of you contributing a small, equal amount each week towards the purchase of lottery tickets. Your budget then becomes larger than if you were buying the tickets on your own. Using this method you can obviously buy more tickets and have a bigger chance to win. If you win the winning amount will be divided among the lottery pool participants, so you don’t take home the entire jackpot amount. Yet you take home a lot more than if you lose! Most of the largest lottery jackpots have been won by lottery pools which buy group tickets in bulk — it is estimated that over 1 out of every 7 million lottery prizes are collected by a lottery pool.

Do some research. Specific lottery numbers DO come up more often than others, although no one knows why. In England for instance, the top seven numbers to win the National Lottery since it was initiated in 1994 have been 23, 40,44, 38, 30 and 33. This may be random, but it’s worth considering.

This is also a matter for research. Many people believe that the time and place where you buy your lottery ticket can help determine a win. Mathematically it shouldn’t make any difference but statistics show that jackpot winners, more often than not, purchase their tickets on a Friday night and buy the tickets in “lucky” spots. The lucky locations are individual so you’ll have to check out your own area to find out who’s selling the lucky tickets.

Don’t forget that participating in a lottery is a form of gambling. That means that, just as you budget your other entertainment expenses, you should budget your lottery purchases. Set a weekly or monthly budget for the amount that you’re willing/able to spend on lottery tickets. One aspect of this gambling budget that people seem to forget is that they should decide before they play on the amount of their winnings that they are willing to spend on future lottery purchases. What’s the use of winning if you just use all of your payouts on more lottery products? Budget your lottery expenses and stick to your budget, both for original expenses and for the percentage of your winnings that you’re prepared to put back into more lottery ticket purchases.