How One Economist Won 14 Lottery Jackpots 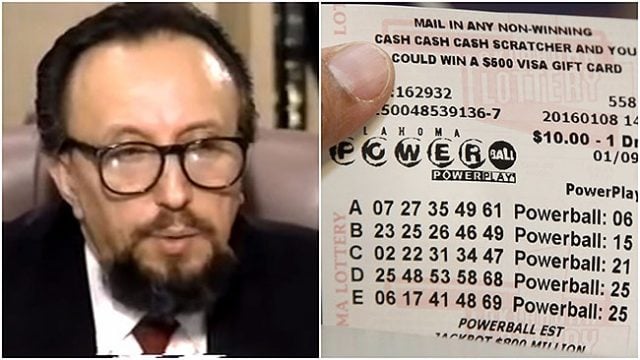 Every lotto player has imagined what they would be able to do with their millions of dollars should they ever get lucky enough to win. With that said, admittedly for most players, these are simply pipe dreams which very rarely come to fruition.

However, this is definitely not the case for Stefan Mandel, a Romanian economist who, during his struggle to make ends meet, devised a brilliant solution to his empty pockets: winning the lotto!

The mathematical genius worked on discovering a way of winning until, eventually, he did. This meant that he could start a whole new life at the time, padded with all the luxuries he could ever need, while still not breaking the law at the time of his scores.

Mandel spent many years studying various mathematical theories, and after his extensive research, settled down to write an algorithm. He called it a ‘number-picking algorithm’, which was based on another method he termed ‘combinatorial condensation’, according to a report by The Hustle.

Using this method, Mandel claimed that he could (with great accuracy) predict at least 5 of the 6 winning numbers drawn. This slashed the number of possible combinations in a game from many millions to just thousands.

Partnering up with some friends, Mandel took the plunge and bought huge wads of lottery tickets using the combinations that his formula had predicted to be the most likely to be drawn. Of course, he was pleasantly shocked when he ended up winning first prize!

The jackpot won was a hefty 78,783 Romanian Lei, or around $25,000 Canadian dollars. After paying off the expenses of purchasing the tickets, Mandel pocketed around $5,000 – while not much, was enough for him to start a brand new life overseas and try his formula on another national lottery. 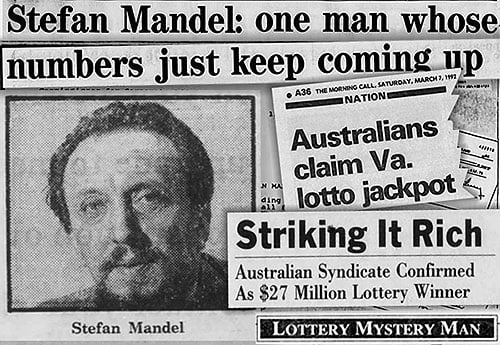 LOTTERY NEWS: What Are Your Odds of Winning the Lotto?

Mandel’s Scheme Comes to an End

The clever economist soon persuaded a group of investors to pool their money together and create a lottery syndicate. While this happened, he devised an intelligent automated system in which computers filled out tickets automatically using every combination of numbers that was likely to result in a win. As a result, the group won 12 lotteries and thousands of smaller jackpots in the UK and Australia.

Predictably, gambling authorities caught on to the syndicate quite quickly, and changed their laws to ban computer-printed tickets and bulk buying as well. However, Mandel had a second plan – he used his profits to place trained scouts throughout America to spot which lotteries would be good targets for his next scheme, winning even more jackpots through his company, Pacific Financial Resources.

Sadly for him, all good things come to an end. Mandel failed to correctly set up a system in Gibraltar, eventually filing bankruptcy in 1995. He was then slapped with a 20-month jail sentence in Israel for an investment scam, but in 2012, still seemed upbeat about his fortune, stating to a Romanian paper that the ‘chances are in [his] favor’.