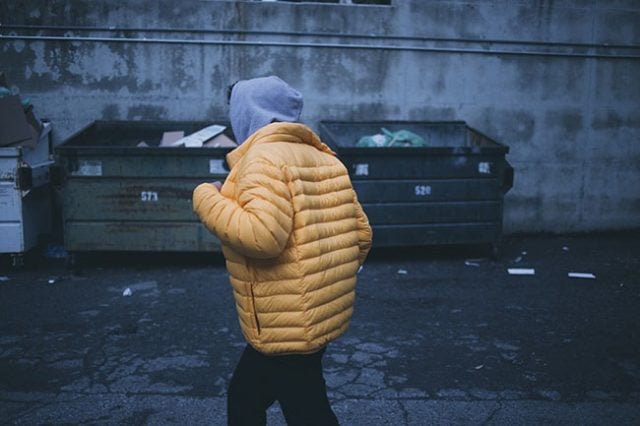 Over in Michigan, USA, a homeless man reportedly had to get down and dirty before he could claim one of the luckiest wins of his life. After realizing that he had won the state’s Lotto 47 ultimate jackpot game, the man thought nothing of diving into a dumpster in order to retrieve his winning ticket.

The man, who wished to remain anonymous, has been named one of two punters who will split a $9.46 million jackpot between them, thanks to the $1 ticket that he had bought for the October 10 draw. He purchased the stub, which is worth a whopping $4.82 million, at the B&D Mini Mart on 32 West Munger Road in the town of Munger.

Explaining his incredible fortune to news outlets, the man noted that he has been playing the very same numbers on Lotto 47 for over two years now. He revealed that he always uses the same play-slip to buy his stubs too, detailing that in fact, he actually threw it away and had to jump into a dumpster in order to get it back. Unsurprisingly, he feels that he is very lucky to have found it.

On October 11, the winner was taking a walk when he checked his numbers. In his own words, he was absolutely stunned when all six of the digits matched those that had been selected in the draw. As soon as he saw the matches, he says, he started shaking – and he hasn’t stopped since!

The man also explained that the past few years have been rough ones for him. He noted that an injury forced him to go on disability, and he hasn’t been able to find work since then. Winning the prize, he says, has instantly turned his life around by allowing him to finally get the medical procedures done that he could not afford before. His quality of life has reportedly been immediately improved.

The punter went to Lottery 47’s headquarters a few weeks ago to claim his prize, and opted for a lump sum of around $3 million instead of monthly payments. The winning numbers for the draw were 5, 12, 24, 31, 35 and 42.

The second winning ticket selected by the draw was purchased at The Silver House Liquor, a bottle store at 16661 25 Mile Road in the Macomb Township, the ticket holder, a local Macomb County man who also opted to remain anonymous, fetched his share of the prize a day later on October 12.

Each Lotto 47 stub costs just $1, allowing players to select six numbers from 1-47 in order to claim their chance to win a jackpot of at least $1 million. The jackpot continues to grow in value until someone scores it, and for an extra $1 per play, players can also add EZMatch to the mix for a chance to win an instant $500.

Looking for luck in all the wrong places? Sign up at an online casino and start WINNING!