Highlights of the Lottery in British Columbia 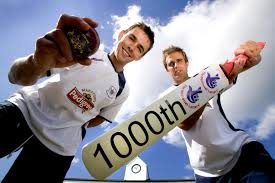 Starting in 1969 the BCLC began to develop games that offer BC residents fun and fair community gaming entertainment. This year the BCLC has been taking time to look backward at its history in the province as well as looking forward to new horizons in meeting local gambling needs.

In 1969 the Canadian Criminal Code was amended to authorise the federal government and the provinces to operate “lottery schemes” — games of chance. Manitoba, Alberta, Saskatchewan and BC formed a partnership to conduct lotteries for Western Canadian residents. There were some small lotteries running but the first big lottery — Lotto 6/49 — which debuted in 1982, became Canada’s first big lottery hit with a “pick your own number” feature that gave gamers the opportunity to play numbers of their own choosing. Within two years the lottery jackpot had reached $13.9 million dollars. American residents from Northwestern United States began to cross the border to play the Lotto 6/49 in BC.

The BCLC was formed to move gambling in British Columbia forward. In 1986 the BCLC launched the Lotto BC — the first BC-only game — and followed it up with BC/49 in 1992. By 1997 the BCLC was given responsibility to manage slot machines in the province. The first slots were launched at the Great Canadian Casino Newton in Surrey, a track that had, until then, specialized in horse racing. The SuperStar Bingo game followed close behind, linking bingo halls and players for jackpot games. A year later, the BCLC became responsible for table games in casinos throughout BC.

By 2004 the BCLC was already preparing to become involved in gaming online via it’s PlayNow.com site. PlayNow.com is a secure gambling website which offers players the opportunity to purchase their lottery tickets online. Although the BCLC was advancing its online activities, it still saw the future of gaming as taking place primarily at brick-and-mortar sites. They launches new game options including the BC Poker Championships, Womens’ Poker Classic Tournaments, Pacific Hold ‘Em Pokeris and, in 2009, the first national Canadian Lottery of LOTTO MAX. Within a few years however, it had became clear that the PlayNow.com site was drawing significantly more traffic than land-based lotteries and brick-and-mortar casino gaming. In 2009 the BCLC became the first North American Gambling Corporation to offer legal, regulated online casino games via its PlayNow.com web Casino site.

Today the BCLC is part of almost every sphere of life in BC. The corporation operates the lottery, brick-and-mortar casino sites, bingo halls and a significant portion of British Columbia online gambling. All of these activities are undertaken on behalf of the province.

Every year the BCLC awards more than 49 million prizes to residents of British Columbia and visitors who take advantage of the Corporation’s lottery options. BCLC offers national games such as 6/49 and LOTTO Max along with Scratch and Win cards, Pull Tab games and Keno and Pacific Hold ‘Em Poker games.

Players can find Lottery products at any of the 4000 lottery vendors who are located throughout the province. These vendors include retail stores (supermarkets), convenience stores, gas stations, bars, lottery kiosks and hospitality locations such as pubs and bars. Lottery products can also be purchased at the PlayNow.com online gambling website. BCLC provides retailer certification, training and oversight to assure players that they will enjoy a safe and secure gambling experience when they purchase a BCLC lottery product.

Today the BCLC believes that online gaming is the wave of the future. It is revamping its operations to meet that need. To provide players with the opportunity to gamble online, BCLC is expanding its PlayNow.com website by adding multiple gambling options. Presently, BCLC game alternatives include lotteries, sports betting, bingo games, slot machine gaming and a wide variety of table games, card games, craps, roulette and sic bo.

The Canadian Poker Network was established by the BCLC in cooperation with the Loto-Quebec Corporation to enable gamers to play poker together.

The joint venture can be accessed at the website Espacejeux.com. Gambling at the Canadian Poker Network is available only to residents of the provinces of Quebec and British Columbia. It is available in both English and French.

As part of the BCLC’s commitment to health and education in the province, the corporation launched the Community Sponsorship for Health and Wellness as part of its Responsible Gambling Awareness program.

The sponsorship is open to non-profit organizations which are working to promote health, wellness and healthy choices in their communities. Sponsorship recipients receive $5000 towards their work in enhancing or expanding their programs. These organizations are not required to be working within a gambling field.

BCLC Vice President of Communications and Social Responsibility Susan Dolinski said “The sponsorship is a way for BCLC to demonstrate its commitment to healthy communities. Encouraging healthy choices ties directly into our approach to promoting responsible gambling in our gaming facilities and in the community.”

New ventures, both commercial and community-related, continue to be a featured part of gambling advancements in British Columbia.