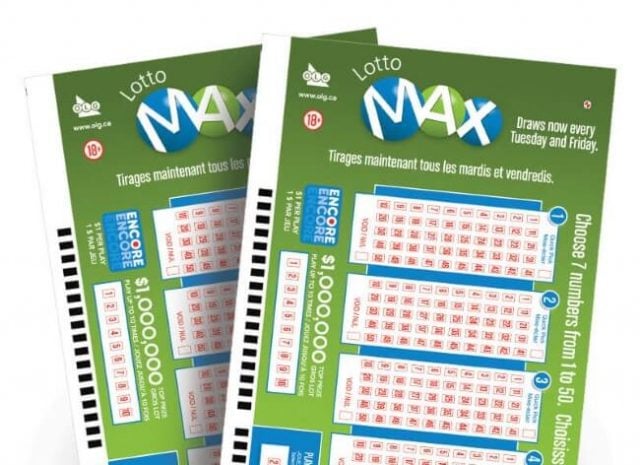 Its quite prominent, and even to the point of being uncanny, how often big-jackpot Lottery winners refer to having had a “gut feeling” about a specific draw or set of numbers. Roblin resident Dianna Bahrey is especially pleased that she abided her gut and had purchased a second Poker Lottery ticket from the Parkway Co-Op Service Station on Highway 5, because the ticket in question was about to change Bahrey’s life by paying out a fantastic CA$120,225.70.

The winning ticket was the second of two tickets purchased by the lucky Manitoba winner on August 16. Bahrey had initially won CA$4 off of her first purchase and recalls having felt exceptionally “lucky” after the first win, albeit a small payout. She then decided to act on what her gut was telling her and went ahead and purchased the ticket that would ultimately end up making her day in a very special way.

There’s An App For That Says OLG

James McGibbon’s big moment came when a ticket verification scan on the OLG’s ticket scan app revealed that he had won CA$100,000 in the September Lotto MAX Encore draw. McGibbon had purchased his lucky ticket from the Shoppers Drug Mart on Front Street.

The OLG has been encouraging players to make use of the ticket scan app as the application ensures that the process of number verification is quick, simple and accurate. Players only but have to scan their tickets in order to be instantly notified whether they are a winner following any particular draw date.

The app is free to install and use and could potentially stave off a lot of heartbreak in the event of prescription. Winners only have a certain number of weeks during which to claim their prize money, failing which the winning ticket(s) prescribes and the prize becomes invalid. The OLG standard is 52 weeks.

But not everyone wants to necessarily wait a couple of days until the next draw date in order to establish whether or not they are a winner. Which is why instant-win Lottery tickets are making headlines.

Two lucky instant-win players recently bagged CA$100,000 and CA$50,000 respectively following their having played Encore Keno and Instant Quest for Gold Crossword. Instant-win games are popular among players who are all about instant results and more developers are entering the instant-win Lottery game than ever before.

The mentioned winners all have specific ideas as to how they plan on spending their cash, with the paying of bills and travelling the country and the world being just some of the exciting plans now in the pipeline.

Could YOU scoop a big JACKPOT? Enter NOW and find out.