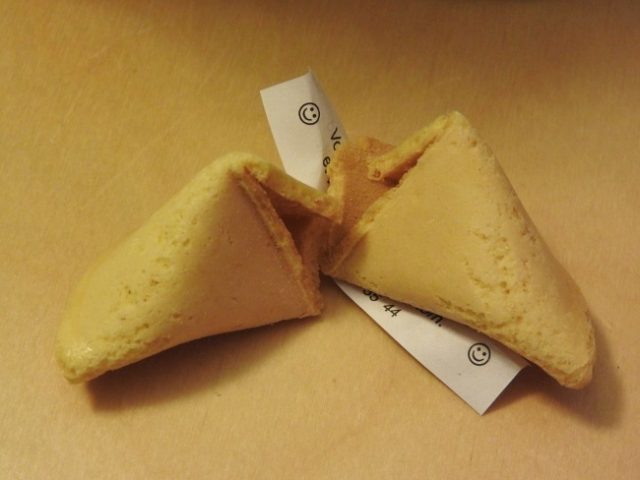 Many of us would not even think about actually playing the “lucky Lottery numbers” often found on the inside of a fortune cookie. But judging by the story of how a retiree from North Carolina won $344.6 million playing the Powerball, we may have to think twice before discarding the ribbon of numbers the next time we bite into a sweet fortune cookie treat.

Charles W. Jackson Jr. has his granddaughter to thank for the life-changing win. She was after all the one who had gifted her grandfather the special cookie, after having brought it back for him from a Vietnamese restaurant that she had visited.

Read More… The Story Of The Powerball Scam Now A Book

You Never See It Coming

But, said Jackson, he had never expected to get lucky, let alone win the jackpot. The 66-year old player had for the fun of it decided to play the numbers in the fortune cookie. Even after he had realised that he had won some money, and not quite able to believe his luck, he had still not realised exactly how much money he had won.

It was only whilst driving to nearby Raleigh to claim what he had assumed to be a $50,000 win the next morning, that he happened to notice that he had in fact gotten all of the numbers right. He did not realise earlier on that the very last number on the fortune ribbon had fallen during the draw too. Jackson was now much, much richer than what he had thought. In fact, thanks to his gifted fortune cookie, Jackson is now the winner of the largest jackpot registered on a single Lottery ticket in the state of North Carolina.

His Jeans Will Remain

Jackson offered up a very honest and touching desire during his interview with the operator. He said that he sincerely hoped that the money would not at all change who he is as a person. He jokingly added that he still planned on wearing his jeans but that now, he would probably be able to wear newer ones.

But how will the lucky player be spending his millions? His brother will be his first beneficiary, says Jackson. The pair had apparently long ago made a vow that if any of the two were to ever win a large sum of cash playing the Lottery, the winner would gift to the other party the sum of $1 million. After honouring is brotherly vow, said Jackson, he plans to donate some of his winnings to the Wounded Warrior Project, the St. Jude Children’s Research Hospital and also to Shriners Hospitals for Children.

Play YOUR lucky Slots and you could WIN BIG.