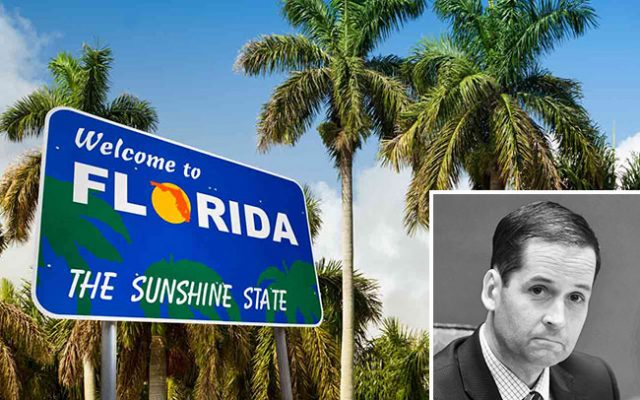 As online gambling opportunities continue to arise in the USA, one individual from the state of Florida is aiming to slow down the trend at hand. Senator Will Robinson of FL has now filed House Bill #629, which, if passed into law, would place an outright ban on the sale of online lotto tickets in the iconic Sunshine State.

The Gaming Control Subcommittee reportedly inspected the bill on February 20. It seems that it would either have the power to prohibit the use of devices like smartphones, tablets and computers to “store, redeem, play, sell or purchase” lottery tickets and games if the state senate approves it.

The Slew of Scams Continues

According to local media reports, Senator Robinson feels strongly that online gaming retailers are scamming their players. According to one of his own subjective statements, the lawmaker says that the “fraudulent websites” are illicitly advertising their wares when they are not directly related to the Florida lottery system whatsoever.

This notion came to the senator after an incident early in 2018, when a female player bought a ticket from the digital retailer TheLotter.com and managed to win a $30 million prize. The site would purchase tickets from a land-based retailer and then scan them to be sold online for a significantly inflated price. When the punter arrived to claim her jackpot, state officials were plunged into confusion, as they had never heard of the site at which she had played.

According to Robinson, leaving any legal gray areas in which these websites can operate can pose serious risks to Florida’s residents. The local lottery is carefully regulated by the state, and the sale of online tickets circumvents many of its strict regulations – while also charging excessively high prices to boot. The senator says that these games of chance are carefully regulated, and that this is done for a very good reason.

Scams have been a persistent and ongoing problem for the state’s lotto operator for many years now. The situation has become so pressing that the operator has actually had to add a permanent page to their website educating players on the tell-tale signs of such scams, and how to report them should they come across one.

As it turns out, TheLotter.com was attempting to offer a legitimate service, and the female punter mentioned above was eventually able to take home her jackpot. With that said, it would not take much for other websites to promote fake tickets, and Robinson and his House Bill are attempting to prevent this from happening.

The move has also come at the same time as Florida Senate President Bill Galvano has revealed his intentions to expand sports betting between state borders. Legislators will most likely want to approve Galvano’s bill to avoid falling behind the gambling industry in the rest of the US.

Stick with trusted online casinos and WIN!
Sign up with Canada’s best in the business.