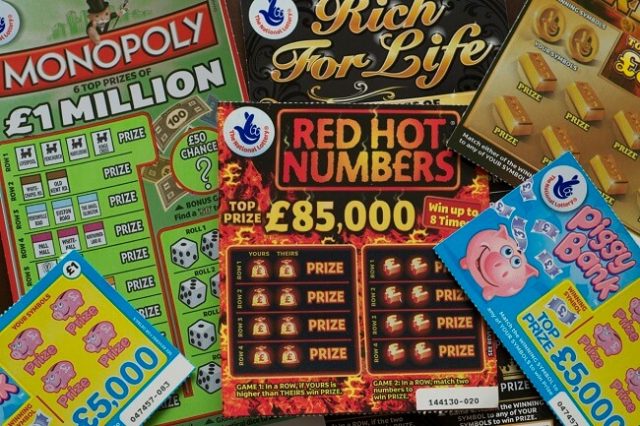 ticketIt’s a story that almost sounds too good to be true! And yet, as is so often the case, the truth really does tend to be stranger than fiction. Just ask Thomas Munro and his aunt Yvonne from south-western Saskatchewan. Six years ago, Thomas had bought his aunt a very lucky scratch-Lottery ticket. Lucky because the ticket ended up being worth $10,000. Thomas remembers having bought that particular ticket at the Convenience Plus store in Maple Creek.

Then, on Thomas’ birthday this year, his aunt Yvonne decided that gifting Lottery scratch-tickets seemed to work a charm and so she had bought a 10-pack of tickets for her nephew to play; again the same “Player’s Choice Ten Pack”, this time round from the Pharmasave at 118 Jasper Street, Maple Creek.

It was about to be a very lucky birthday indeed, as one of the tickets in his ten-pack ended up being a winning ticket and worth a very cool $100,000!

Obviously, Thomas immediately phoned up his aunt to share the great news with her. He recalls that she could not believe her ears, exclaiming that they had beat incredible odds!  But what to do with his winnings? Thomas says that he plans to save some, pay some bills, and put the rest towards a family vacation.

And his aunt? Thomas plans to take her along, saying it’s the very least that he could do to thank her for the very valuable gift.

Scratch card Lottery players have many superstitions and strange beliefs that they deem to be nothing short of a gambler’s gospel.  This may not have the reason that Thomas and Yvonne had decided to purchase Lottery tickets for someone’s birthday, but there are many players who do make a big deal out of playing on special days.

Birthdays, Christmas, Independence Day; you name it, and someone is bound to be banking quite a bit of money on it. Some swear by playing exclusively only on special days with personal meaning; others just opt in on high days with higher-than-usual bets.

And it’s not only Lottery players who hold on to these quirky habits; slots players too, and even fans of Blackjack, Roulette, Keno and the like, all have colourful stories to tell about the weird and wacky things that people do to try to better their odds at winning.

At the end of the day, it really is great fun!