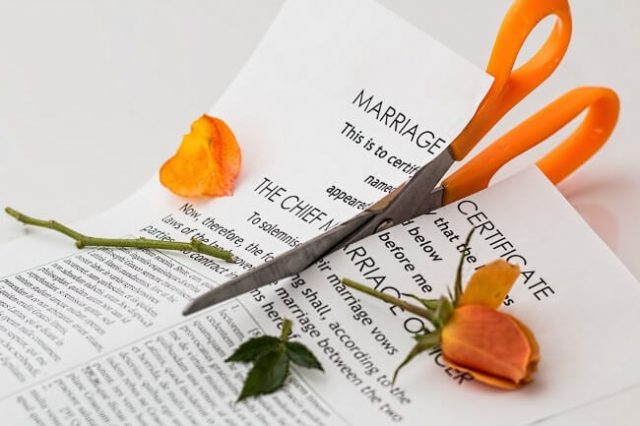 A recent Michigan court ruling involving the division of a couple’s joint estate; and one that also happened to include a US$38 million Jackpot Lottery ticket (after taxes and deductions); has yet again emphasised the importance of prudent financial planning. The Michigan dispute involves a man who had purchased a winning Lottery ticket during July 2013. Roughly two years prior to that, the man’s estranged wife had officially filed for a divorce. The application was filed in September 2011, but the final divorce order was only granted years later, and after the Lottery ticket had been bought.

Despite the couple’s obvious situation of no longer being in a loving marriage, and with divorce proceedings already nearing finalisation, the court proceeded to rule in favour of the man’s ex-wife, who had upon having learnt of her former husband’s good fortune, proceeded to claim her half of the pound of ham.

Divorce Not Always A Sure Divide

This may have been a US incident, but Canada too, has not been without its fair share of Lottery-style separation disputes. A very unusual situation unfolded in Ontario in 2008; when a husband was ordered to share half of the proceeds of his $1 million Lotto win with his ex-wife. But this time round, the secondary beneficiary no longer had any claims in terms of the bonds of marriage.

The couple’s order of divorce had been granted in 1997, seven years after they first wed in 1990. The winning ticket was purchased by the man in 2007, an entire decade after the granting of the final order of divorce. The dispute originated from a very unique twist of events. The couple had after the finalisation of the divorce and for whatever personal reason, decided to continue to share the joint residence.

All throughout the period of living together, the man and woman, although no longer married, had fallen into the habit of checking the winning numbers of the tickets purchased by the husband, together. The man would check the numbers at the time of the draw and the woman would later on verify the numbers a second time round in-store.

The Nature Of Things

On February 7, 2007, the man again purchased and checked his ticket and numbers as usual. He discovered that he had indeed managed to match some numbers, but there were only two matching numbers in total.

The woman in turn, as had been her want for many years, proceeded to double-check the winning numbers in-store. Unlike her ex-husband, she discovered that the Encore number was in actual fact worth a cool $1 million.

Obviously eager to keep the money all to herself, she decided not to tell her ex-husband of the win. But she ran into a spot of trouble because when she wanted to claim the winnings from the local OLG office, she wasn’t able to tell the local officials where the ticket had been bought. She eventually said that her former husband had gifted the ticket to her.

The woman eventually came clean to her former husband and handed over a $300,000 share of the winnings to him. He wasn’t happy with the division and approached a local court for justice. A certain Justice Gordon eventually ruled that even though the ticket was the rightful property of the man and despite the fact that the couple had been divorced for 10 years, the nature of their ongoing relationship justified a 50/50 division of the winnings.

The lesson then? Hold on to your Lottery tickets and check the numbers for yourself. The prospect of free money isn’t a temptation that all too many people are able to resist.

Get YOUR hands on a huge JACKPOT! Play to win online.