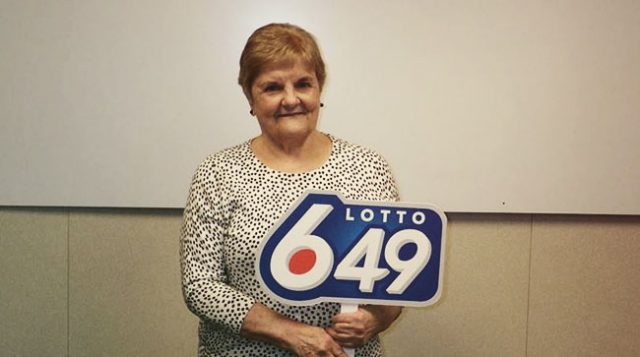 Diana Becker, a resident of Edmonton, AB, has become the city’s most recent millionaire. A press release on Friday October 12 confirmed that she won $1 million in the September 8 edition of Lotto 6/49. The draw is one of the three national lottery games in the country.

Becker says that she checked the winning numbers online, but was so shocked that she didn’t trust what she was seeing. She took her ticket to a local gas station to be sure, and confirmed them on a self-service scanner. The reality of her lucky windfall has only just begun to sink in, she says.

Becker bought her 6-line ticket for the draw, which is operated by the Western Canada Lottery Corporation in conjunction with the Interprovincial Lottery Corporation, for $13. She visited the Riverbend Square Shoppers Drug Mart and made her number selection, which was 20419149-04. Her ticket was the winner of Guaranteed $1 million Prize Draw, a raffle that is held alongside the main lucky numbers draw.

The Lotto 6/49 was the first nationwide game in Canada to allow players to pick their numbers themselves. Before it was launched on June 12, 1982, national games such as Superloto and the Olympic Lottery issued tickets with pre-printed combinations.

The popularity of the Lotto 6/49 format led to a gradual phasing out of the pre-printed cards in Canadian lotteries – something Becker is no doubt glad about today. But although her windfall is substantial, it is nothing like the game’s biggest single payout of all time. That was a total of $64 million, which went to a player in Mississauga, Ontario on October 17, 2015.

While her winnings are just a fraction of the largest single Lotto 6/49 win, there is still a lot that Becker can do with her newfound wealth. She seems to have already decided what that will be, and said that she is putting some of the money towards her retirement. She added that she is also going to look into buying a house.

As well as these sensible plans, she is also going to allow herself to have a little fun. Before she begins house hunting, the unassuming Edmontonian plans to spend a few weeks in Hawaii. She explained that she has visited the archipelago state in the past and that, in her own words, she “loved every second of it”.

Want to be a winner too? Place your bets at Spin Sports.