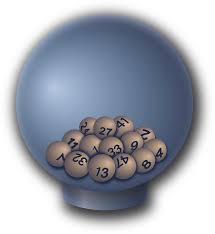 A recent visit to Halifax gave me the chance to see the Atlantic Lottery in action. The lottery website reveals dynamic games with big wins. There were no winners for the $12,000,000 prize this week but 6 different winners each won over $100,000, 67 winners won $4,630 and over 3500 winners won more than $109. The Atlantic Lotto did over $25,000,000 worth of business during the week, demonstrating a healthy regional lottery.

The Lotto Max is probably the most popular game in the Atlantic region. The game is played across Canada with add-ons in specific regions, including for Atlantic players. To play Lotto Max you pay $5 and receive three sets of 7 numbers. You select one set of 7 numbers and the second and third sets of numbers are chosen randomly by computer. You play multiple Lotto Max selections on your ticket, either the Quick Pick selection or using the Selection Slip. If you want to select 7 numbers from a field of 1 to 49, play the Quick Pick while if you want to be eligible for multiple draws, mark the number of draws that you want on a selection slip for the Selection Slip option (you can also tell the vendor how many draws you want and s/he will organize that for you).

The estimated jackpot for the upcoming Atlantic Lottery draw is $17,000,000. As the jackpot increases, the number of One Million Dollar winners increases since, if you buy a Lotto Max ticket, you have the chance to win the $50 million jackpot prize PLUS any of the one-million dollar draws that are distributed on the same date. On each Max Millions Draw, the numbers that are drawn include numbers from 1 — 49. If more than one winner chooses the right numbers for the Max Million draw, the prize is shared, while if the $50-million Jackpot is won, any Max Millions that are not won are added to the next base Lotto Max Jackpot ($10 million). If the $50-million Jackpot is not won, Max Millions that are not won carry forward to the next draw.

You can buy Lotto Max tickets anywhere in Canada but if you buy them in the Atlantic region, you can only redeem them in that region.

While the Lotto Max, together with Max Millions, is probably the highest-paying Atlantic Lottery, there are other games for low-stakes lottery entertainment. Salsa Bingo is another lottery game and Pick ‘n Click games include Crosswords, Lobster Chase, 3-Card Poker and Lucky Dice. iBingo is a popular choice with variations that include Kitchen Party, Lighthouse, East Coast and Wave.

I decided to try one of the Pro-Line Atlantic Lotto games. There are four possible versions of this game — Pro-Line, Pro-Line Fantasy, Pro-Line Futures and Pro-Line Stadium Bets. For my Pro-Line Futures game, you place a bet on an upcoming hockey, pro basketball, baseball, pro football, college football or college basketball game. If your selected team wins, you win! In Pro-Line Futures you only need to pick one selection from the games list in order to place a wager. Within the groups the number of selections depends on the type of group and number of options (teams, players, contestants, etc). Your goal is to select the winner. The odds of your selection are multiplied by the wager amount.

The Atlantic lottery retailer can print the Pro-Line Futures game list so you can use the selection slip to place your bet. Mark the amount that you’d like to wager (up to $100) along with the last 2 digits of the futures group number and the selection number for your pick. Give your selection slip to the vendor and collect your ticket. After the game has been played, if your selection wins its group, you’ll be able to determine your win. Prizes depend on the odds of the picks and the wager. This is a terrific game for people who want to enjoy interactive involvement in their lottery activity.

I’ll be checking out other regional lotteries in the near future, but in the meantime, the Atlantic Lotto has my vote as a great lottery.