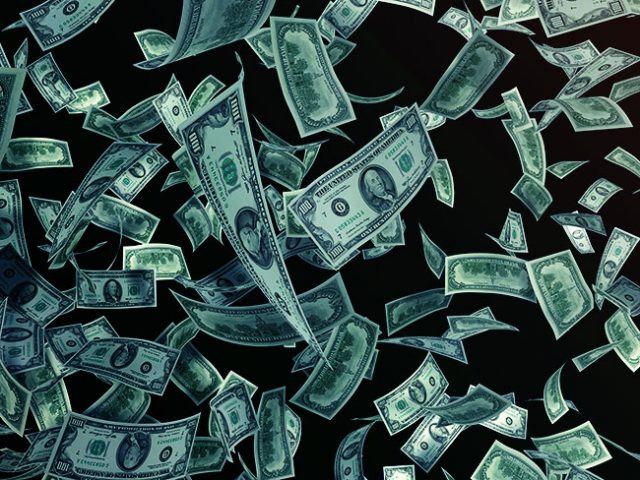 Lotteries are famous for paying out insane jackpots, but sometimes the stories of how people chose their lucky numbers; how they spent their winnings are just as crazy. Here are the top 5 craziest.

Avid player Evelyn Adams did what many people think of as impossible. She won almost $6 million after purchasing winning tickets twice in two years.

Adams must have believed she was on a winning streak, and attempted to make the most of it by trying her luck in casinos in Atlantic City. In fact, she spent every cent doing it, and had to move to a trailer park.

In 2004, Carl Atwood won $73,450 in the Indian lottery. He watched the draw on TV, took a walk to the grocery store where he bought the ticket, so he could collect his winnings, and was hit by a truck.

The accident happened a block from the 73-year-old Indianapolis man’s home. According to reports, he was wearing dark clothing at the time, and was crossing an intersection with no streetlights. He was taken to hospital, but died later that day.

Shopping With No Winnings

Instead of double-checking what she thought was her winning ticket, a French woman went on a four-week shopping spree with her credit card. After countless clothing, perfume, décor, and other bills, as well as no contact from the lotto operators, she followed her husband’s advice, and re-checked the ticket.

It was anything but what she needed to win a payout. However, instead of returning what she had bought, she told police that someone had stolen her purse and used her credit cards. Store camera footage told a different story. The woman received a four-month suspended sentence and a payment plan.

Earlier this year, Pennsylvania resident Ronnie Martin won a $1 million share of a $543 million Powerball lottery jackpot. He had played the same numbers for years, and originally got them from a fortune cookie.

In 2005, authorities investigated Wonton Foods Inc. 110 players who played numbers from their cookies had won $19 million.

In 1995, Briton Timothy O’Brien shot himself in the head because he thought his ticket was a winning one, and it had expired shortly before the draw. Had his numbers been lucky, he would have won $3.2 million.

After O’Brien’s death, it was discovered that he had four matching numbers, not six. If his ticket had not expired, he would have won £47.

Each of these crazy lottery stories has something to teach players, whether its about choosing numbers or how not to spend winnings. One of the most important, however, is to double-check or even triple-check any ticket that appears to be a winning one.